Well....after watching Iron Sky the thought of Space Nazis has not left my thoughts......in a good way of course. Dreamforge Games has arisen from the 'ashes' of Wargames Factory.....a long sordid tale of mis-management and inscrutable Chinese operations. Almost worthy of a post in itself but the truth lies out there....not here. The box contains the parts for 20 Eisenkern Stormtroopers and they are very sculpted - I am becoming more of a fan of the computer generated sculpting than I thought I would be. The figures take some putting together which is a pain - I had forgotten about the youthful frustrations of Airfix kits. I picked my pack up on a pre-order from those nice guys at Northstar Military Figures. Tell Nick I sent you....... 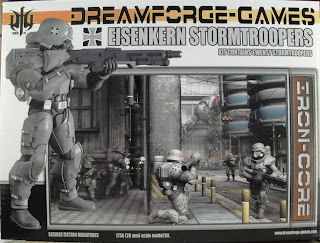 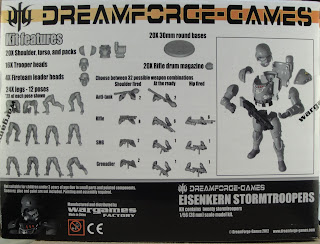 The other sets available.....

The instructions are well laid out and the colour keys make it even easier.... 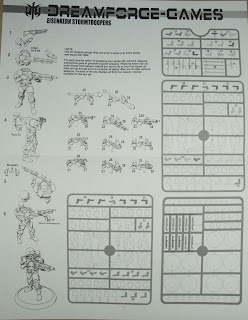 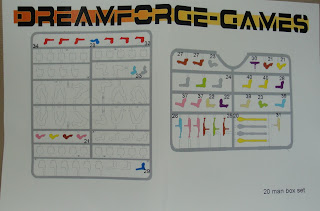 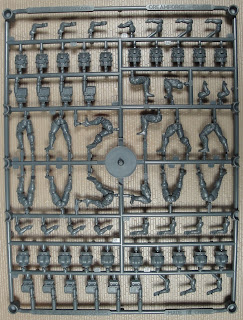 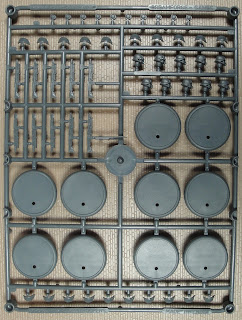 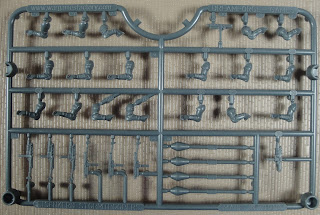 The bases are a tad annoying as you have to clean the tabs up underneath the base.....not sure on the reasons for casting them like this.....although I'm sure there must be one. 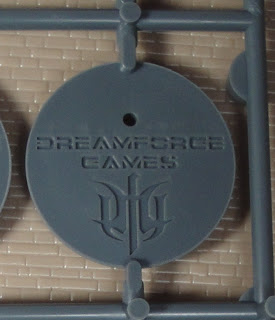 The component parts for one figure. 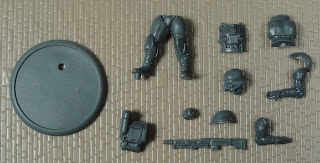 Head, 2 piece torso and legs went together without too many swear words..... 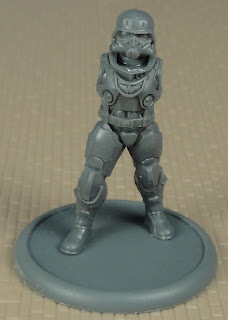 The arms, rifle and ammunition magazine involved a few expletives...very fiddly and frustrating. There will be a good degree of flexibility in poses though which is a good thing...... 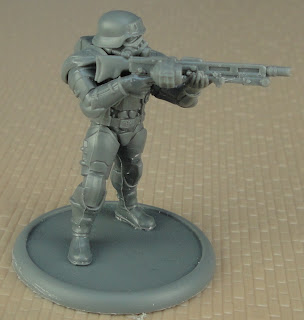 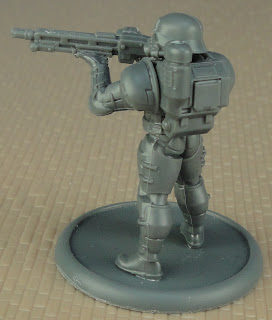 I prefer them without the backpack myself...... 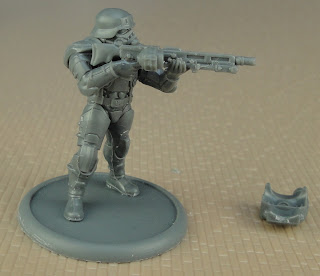 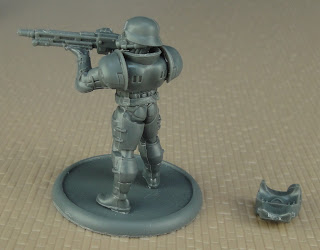 A comparison shot with 2 Artizan Designs Panzer Bots also picked up from North Star at the same time. 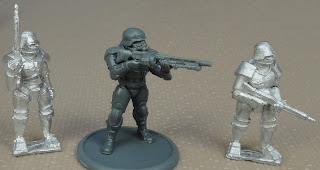 Overall I am very impressed with these figures and will certainly look at picking more of their releases up. There are mold lines which are annoying but something I think you have to live with in plastic releases.


A quick pic for a friend next to an attractive female resistance trooper courtesy of Statuesque Miniatures..... 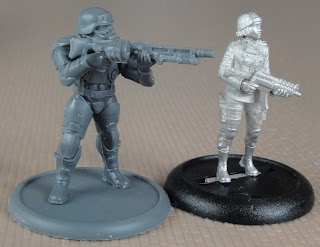 Moving on to a few painted minis. This guy is from the old 80s Heroes Miniatures GH4 Professor- one of my favourite of the old school small companies. The sculptor, Tony Yates, still sculpts and has his own blog - link here. A female pirate from Bronze Age Miniatures - David Sonderquist's own company that has been going for some years and continues to produce excellent minis. He also does a number of figs suitable for John Carter style gaming in his Sci Fi section. 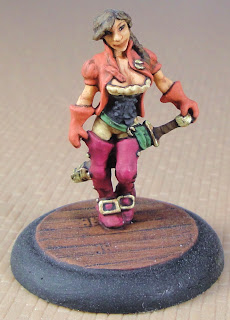 A fisherman from Black Cat Bases, a company with a most varied range including many suitable for Gothic Horror / Cthulhu type games. 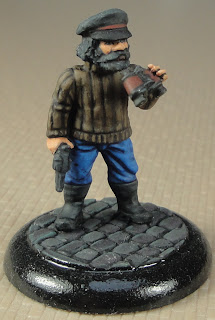 Gorgon Studios has 2 packs for Gangster games in their 'Bootleggers' section. Steve Saleh sculpts, wonderful minis, a shame the postage was so high from the States. I think postage is trying its best to kill the small business. Link here to Steve's 'never updated' blog.

5 more gladiators nearing completion. 1 from Wargames Foundry and 4 from Crusader.....the latter picked up from North Star games in one of their 'Lucky Bags' that they release occasionally. Check out his 'Bargains' section when you pick other stuff up....well worth it! Nick at North Star distributes Crusader amongst many other companies. He is slowly taking over the world..........Just the bases and a few highlights to do before they join their colleagues.

Going to finish on an old mystery figure. that has me stumped....... more of a pewter type metal and very reminiscent of the very old TSR logo.....please let me know if you recognise it! 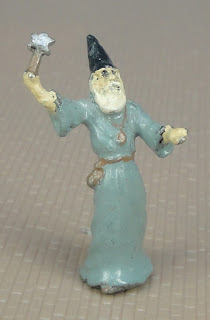