Back in the early 80's, Barry sculpted some of the last figures he would release under his own name for the wargaming industry. He was engaged in movie work from his workshop at Elstree Studios which was taking up more and more of his time. I'm unsure if he planned expansions to the range or a ruleset however they take their rightful place in lead history. 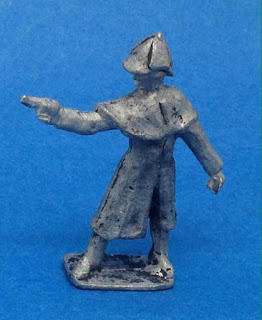 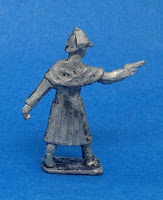 NF2 Dr Watson (need this one) 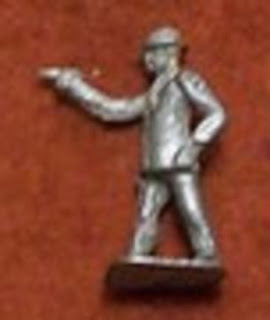 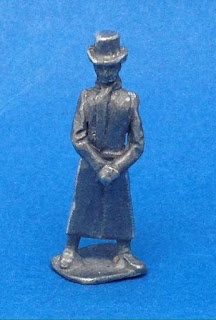 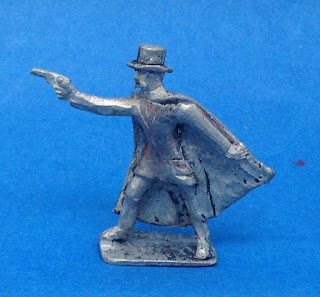 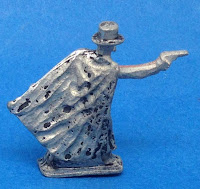 NF5 Jack the Ripper, with knife and doctor's bag 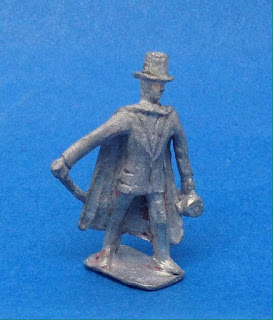 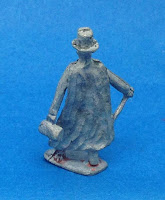 NF6 The Invisible Man (need this one) 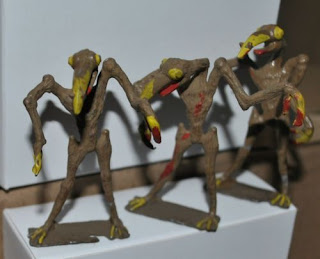 I blogged an article on this mini a short while back here.

(No pic and need these) 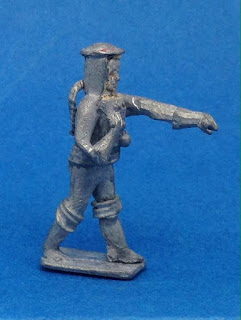 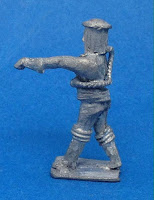 The other ranges released for a short while were 'The Perils of Flasher' and 'Highland Fantasy'. More of those on another post to come.

Interestingly, he did sculpt the headpiece to the Staff of Ra for the Indiana Jones movie, Raiders of the Lost Ark amongst many other movie pieces. 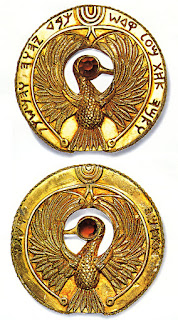 Very interesting article on the piece's after film history through eBay here.

A previous blog post detailing the Thane Tostig range is here. Many more of Barry figures are up on the Lost Minis WIKI where both I and many others have spent a long time sourcing examples for posterity. Mark Dudley has a few posts of Barry's old historical minis on his Ilkley Old School blog. Barry also sculpted a number of the classic historical 30mm Spencer Smith Miniatures lines which are available here. Tell them I sent you!

Barry has more recently written a book; 'Hitler's UFO' - pick up a copy off his site here.

Edit 22nd January 2017 - my PayPal payment for the book was refunded without having being taken by Barry so no idea what is happening there......

If you enjoyed the read, a coffee is always appreciated... https://ko-fi.com/davidwood
Any thoughts on anything please do leave a comment and/or email me on enquiries@deartonyblair.co.uk, even if it is to berate me for my penchant for coffee :)

I had no idea Mr. Minot was still active. I like his style, but could never get my head around the Admins range.

Did he sculpt the Admin ones? I always wondered who'd done them. They have a certain charm that grows on you if you're not careful.

From one Minot fan to another...great to see you still keeping the interest going in his figures.
I still treasure my Thane Tostig collection. Almost have enough sprites painted to play the rulebook scenario now.

I remember building the Thane Tostig scenario layout using plasticard back in the day...wish I'd kept it somehow.