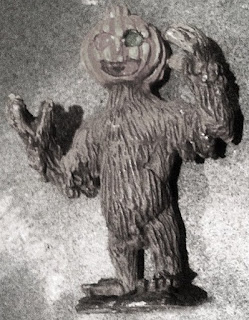 That's very sad news indeed:( I loved seeing his blog posts, showcasing his oldschool minis. In a strange, ethereal kinda way he's still around....with all of his blog posts visible for all to see for many years to come.

I'm very sorry to hear of his passing.

Pete was a master of blowing things up, destroying egos, and trained a generation of pain in the as teens aka 'The Limpets' in verbal self defence. It is not too much to say he shaped many of us for the rest of our lives and gave a few of us hang ups, that We wear as badges of honour.

I met him a few times when starting in this hobby and was a follower of his blog. Sad news of his passing.

Didn't know him apart from his models but he was one of us.
I'm sorry for his family and friends.

Long time follower and ardent admirer of his blog. Thoughts with those who knew him.

I used to spend a lot of time hanging about in our games shops. Pete was certainly always the number one solid bloke to choose to be hanging about with.