Well, time to dust off the holdall and my little suitcase as London is calling once more. Hotel and train booked and a frantic attempt to finish 28 miniatures for a Frothers Unite' game based on Brexit.....I kid you not.

This guy....could be a former mayor of London or a member of Parliament.....hopefully available on the day from Fenris Games. 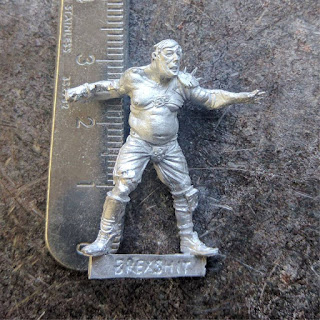 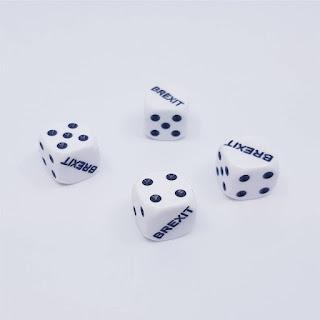 Ben Brownlie and Anthony Waddington have excelled themselves....... 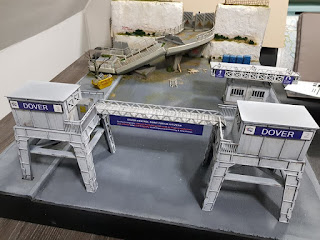 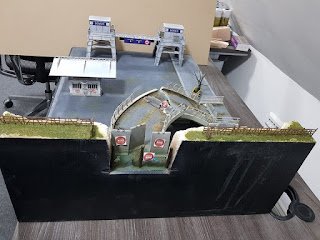 Anthony Waddington has the cards sorted....along with some wonderful scenery........ 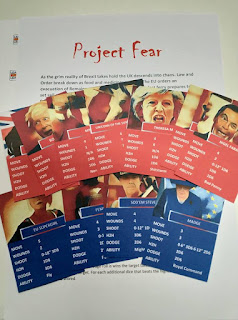 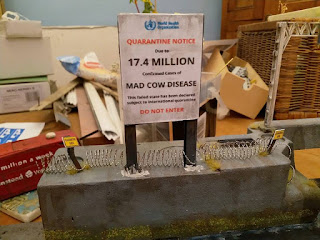 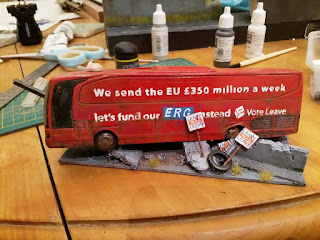 A note of warning for those travelling - Custom House station on the Docklands Light Railway (DLR) is closed so you'll need to get off at either Royal Victoria or Prince Regent but it's not too long a walk. Plan your journey here. Also, the weather is somewhat colder than usual which is a pain.....wrap up accordingly.

As always there will be a freebie show mini......pic below shamelessly borrowed off the South London Warlords' site for their publicity only.....I've been tasked with finding 3 more copies so if anyone doesn't want theirs and would consider swapping for Politicos etc let me know! 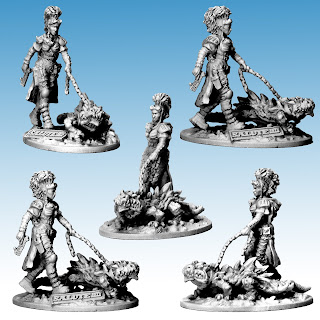 I'm not sure if I should laugh or cry, but no doubt the Brexit game pieces looks marvellous. Really fell sorry for you guys and what you are going through right now, but I'm glad to see you're keeping up the sports and if nothing else, can turn it into a day of fun.

Have a nice time at Salute and happy gaming. Wish I was going ... maybe next time :-D