Whilst looking for some images of Hinchliffe Models' chariot pieces to solve another puzzle, I came across a February 1975 advertisement on the wonderful old catalogue resource Mirosoft... I've used it many times before and, indeed, foresee using it a lot in the future... Anyway, searching through a Hinchliffe Models' ads PDF I finally found a title for SF15 which has, so far, been an unknown... most listings jumping from SF14 to SF16... we finally have SF15 Martian Dog. So, a partly solved puzzle now needing a picture of a Peter Gilder sculpted Calot. 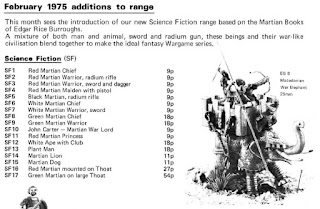 More on the full range here; 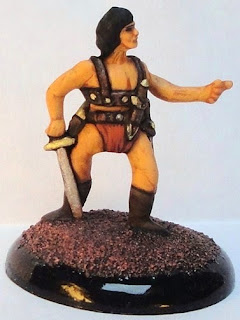 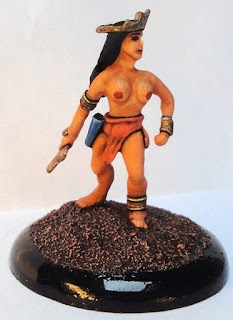 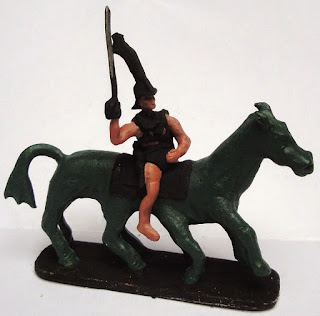 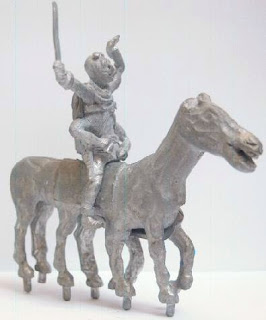 Lots of info on John Carter ranges below (although it does need an update);

Any thoughts please leave a comment or give me a shout on enquiries@deartonyblair.co.uk

Interesting post. John Carter never really did it for me, although it's nice to see these figures painted up so well. The sci-fi figures in the Hinchliffe FA range were rather fun.

I fell in love with the books when I was in the States back around 82. The later Hichliffe Sci Fi range was quite interesting, would love to know who sculpted it as they didn't seem very Peter Gilder like. Still missing FA73 Reptilian Rex Primary Hypnotiser which is annoying as there's no pictorial record except for my pics on the WIKI so none of that one at all :(

Well to my untutored eye, they look very much like Garrison sculpts, so could be the same designer?

Rereading your reply, I realise you meant the sculptor of the FA sci-fi. Not a clue, but agree they are very different from most Gilder work.

Very interesting, I was not aware of this line of figures. Thanks for posting that link to the PDFs. It looks like a great resource.

I wonder if they are John Braithwaite? It would be nice to find out.

So many lines to find.