A while back I picked up a few packs of these hard plastic miniatures. I'd read about them in my youth in the Heroics & Ros advertisements and always fancied them but never threw caution to the wind. They were apparently only available from December 1981 - October 1982 before, depending on who you listen to, they stopped production due to financial considerations / were bought off by metal wargame miniature manafacturers... shades of a conspiracy methinks...

Advertisement from May 1982 (Military Modelling) 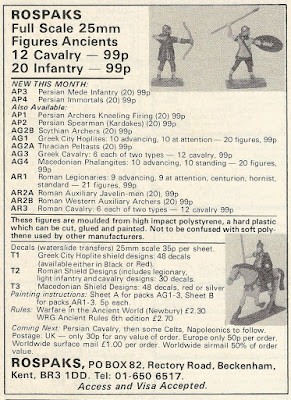 They were bagged up in polythene with a stapled card header... 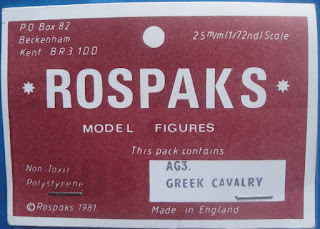 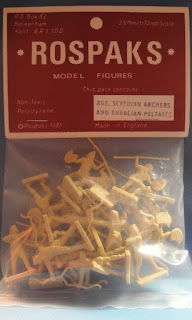 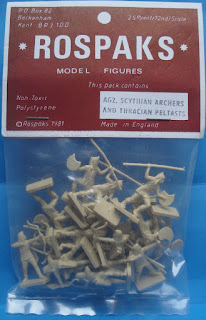 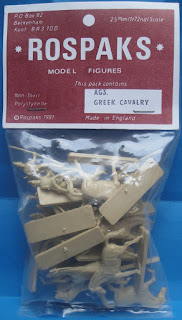 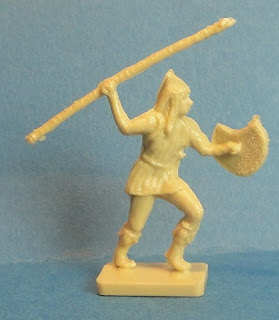 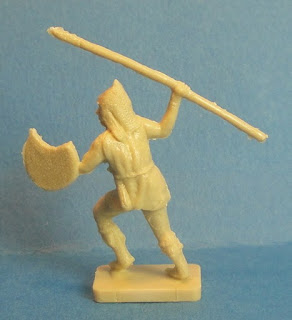 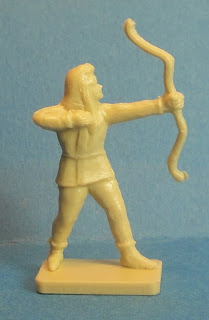 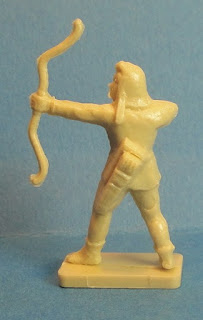 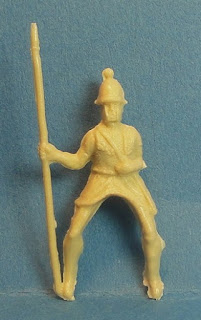 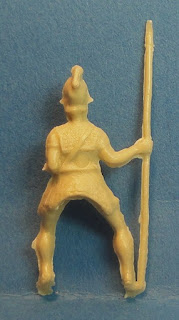 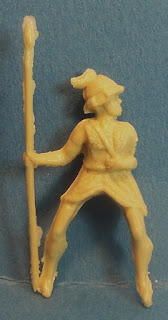 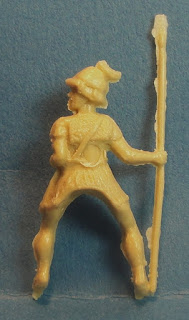 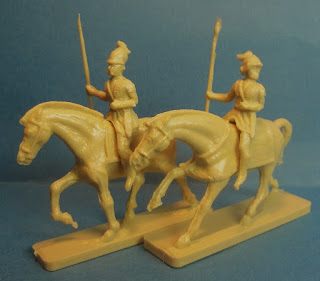 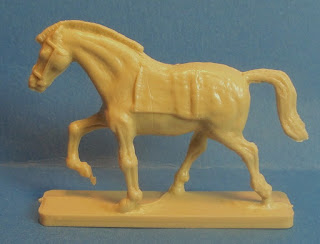 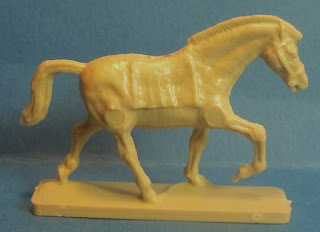 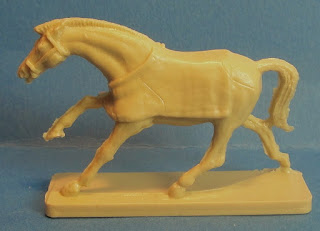 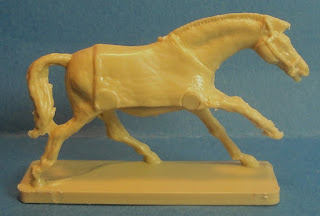 The figures are a little poor in detail and quality, closer to soft plastic really, but they must have filled a niche as the production costs were rather high... kind of adds to the mystery of stopping production. Heroics & Ros are still going strong although they have changed hands a decade or so ago. They specialise in 1/300 wargaming miniatures and it's great to see them at Salute in London on my annual exodus. Long may they prosper. They did do a Sci Fi infantry range of which I picked a pack up a few years back (although they're no longer on the website), I must find it and take some pics.

There is an excellent article on Rospaks at The Plastic Soldier Review here with lots more pics.

If you have any extra images or anecdotes about Rospaks please comment below or email me on;

Fire at Will said...

I have two Rospak armies, Roman and Greek and always hoped to buy the Persians and Macedonians, but they stopped before I had chance.

Pictures of my Greeks are up on my blog

Really must get around to taking some pictures of the Romans