Well, I started a YouTube Channel and finally uploaded a clip... a big learning curve but the contents of the boxed set are lovely. It would be great if you could all 'like' the video and join the channel... give this old man some encouragement!

Lots of the ranges are listed on the WIKI of course... still some gaps though so if you have an example please let me know!
http://www.miniatures-workshop.com/lostminiswiki/index.php?title=Otherworld_Artifacts

Also don't forget the Alice Kickstarter... it's stalled a bit and could really do with some love...

I did manage to pick up a couple of interesting minis including an Admins mini that I've not seen before... AD225 Manface. Came in a job lot and, as such, was a nice surprise. 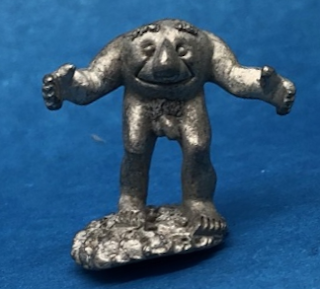 The rest of the Admins ranges (or most) can be seen on the Lost Minis WIKI;
http://www.miniatures-workshop.com/lostminiswiki/index.php?title=Admins_Miniatures

The other interesting piece was a Tony Yates sculpt that I had no idea about... he told me that it's a deamon fighter from a mould that he and Bryan (Ansell), cast up for a club he used to run. That of course means there's a lot more unknown pieces out there! 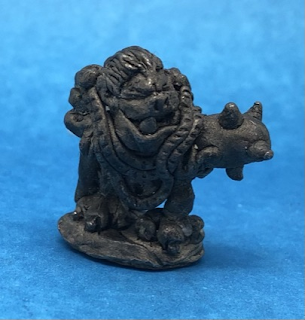 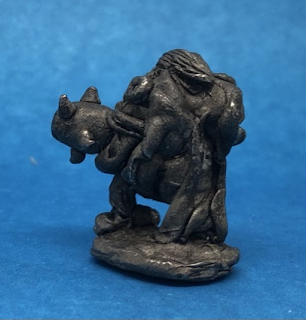 Salute in theory this weekend so there should be a post about that next week... thoroughly looking forward to it although it's a definite budget one this year.

Any thoughts give me a shout on enquiries@deartonyblair.co.uk

The two miniatures you show in your post are really original. We were particularly struck by the first, the Manface. Could it be inspired by the Blemmyes, the headless people found in many medieval miniatures, who were believed to have face on their torso? Or is it more plausible that the creator have only given vent to their imagination?