So many things to finish and so many things to start. I have a habit, like so many friends within the hobby, of starting something then picking up the next thing.....then the next one....result is half finished pieces lying around everywhere that eventually get neatly boxed away. In fact, half finished in many cases would be something of an exaggeration.......the joys of this hobby.

A couple of resin rabbits painted by 2 of my young daughters. As usual they shall take price of place in my collection. They are by Mad Clown Miniatures. 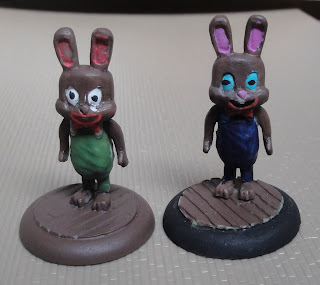 Gimli sitting on dead Uruk Hai..a Games Workshop sculpt that I have been sitting on myself for a long time.....a freebie for my pal Boki Gromdal (or Kev) over at Stunties. I promise I will finish it at some point....... 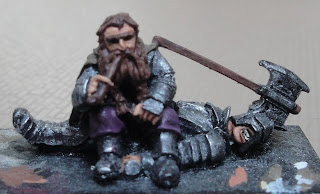 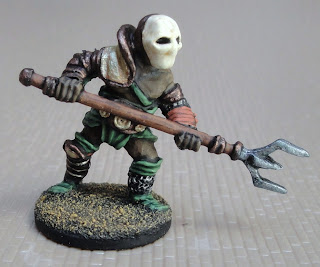 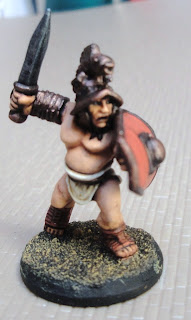 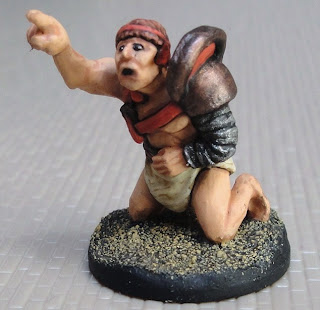 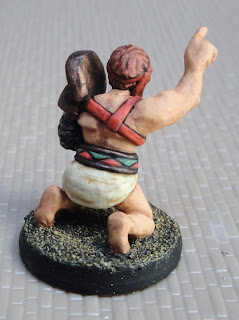 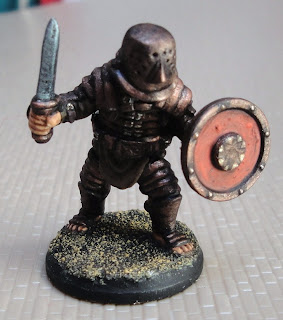 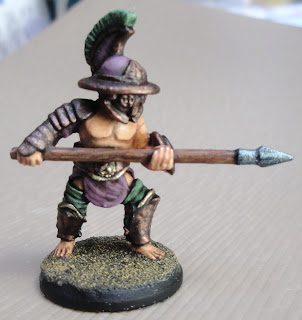 Wargames Foundry Street Violence minis finally done. The first 5 have been sat waiting for varnish since time immemorial and really deserve a revisit on the faces / hair. It won't happen though as there are too many in the painting queue..... 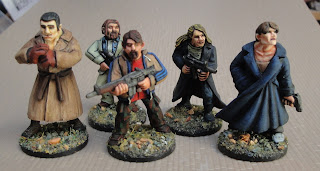 Quite pleased with these boys though....one more lady mobster to finish to complete the set..... 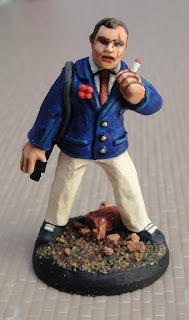 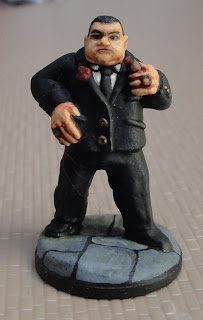 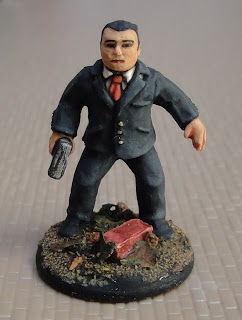 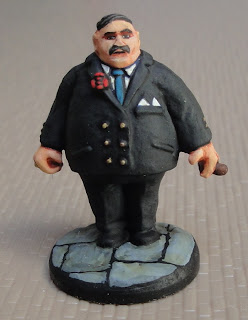 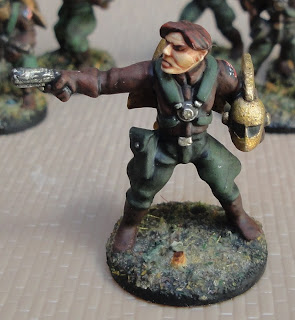 A few American Wild West minis from Wargames Foundry; these have been painted for some time, just need the inevitable mattcoate. The hand on this gentleman is not actually as large as it looks....promise.....it's just the angle of the pic. Oh, and my inability to take time over anything. 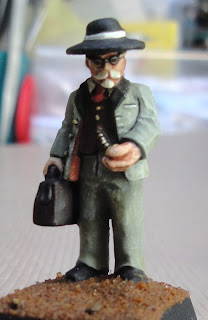 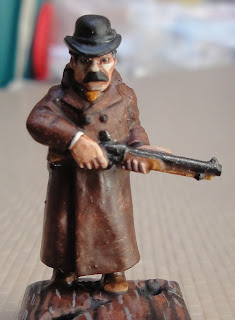 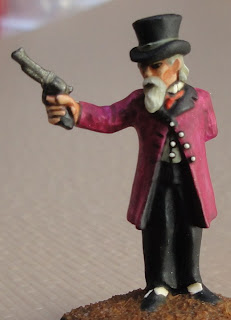 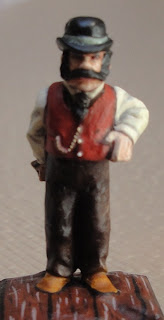 A couple of Pulp / VBCW tankettes courtesy of Aylafred on eBay. I have added Wargames Foundry Vickers machine guns to the rounded cupolas.....this is my imagination land here after all. 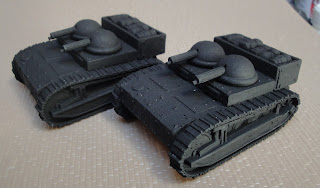 Heresy Miniatures have released some most excellent Sharclon troopers that bear a passing resemblance to Sontaran troopers from Doctor Who...the troopers come with a set of 4 heads to allow for variation......I lopped the head off a Reaper Miniatures merchant and, with the addition of a little sculpting putty my Sontaran Medieval Overlord was born.... 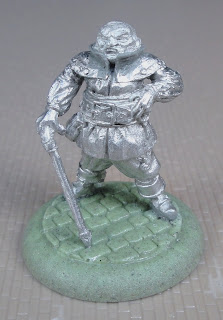 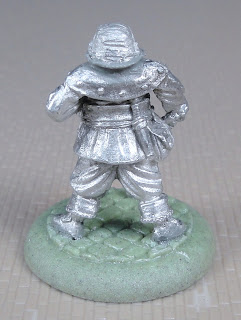 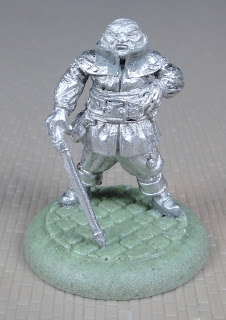 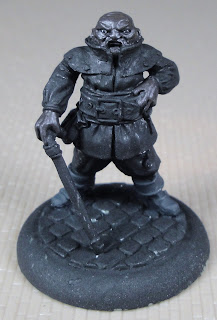 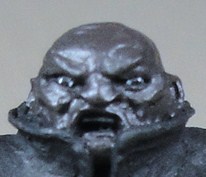 I picked up a sprue of these plastic 1/72 Zombie Pirates from a company called Mars (I had to phrase that way otherwise you would have thought they were Zombie Pirates from Mars....John Carter style). This sprue was courtesy of Big River (Janssen) off Frothers Unite Forum who bought the box and we shared them out. Thanks Janssen. About 23mm tall so a little small but nice enough anyway....

Finally a Cthulhu Wars pic......they just uploaded this artwork to their Facebook page....this is going to be one heck of a Kickstarter...... 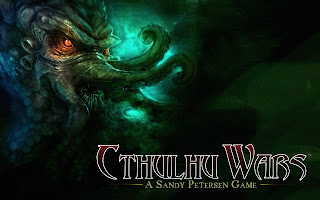 What a wonderfully eclectic taste you have. I have the same problem, I'll start something and then see something new and shiny and change directions. It's the nature of the addiction I think.