Great War of the Worlds..Minifigs style...

H G Wells published his work 'War of the Worlds' in 1898...a time of great colonial powers already ensconced around the globe, some on the rise and some on the wane.......Minifigs have taken the idea and had Gary Morley and Andrew Ellis sculpt the beginnings of what, hopefully, will become a sizeable range allowing us to re-enact scenes similar to those conjured up by Mr Wells.....the sculpts are based on the earlier Valley of the Four Winds Swamp Lords who were obviously the initial wave planted years before where the Martian advanced science and technology have never arrived.......... 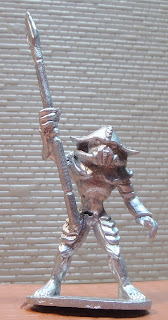 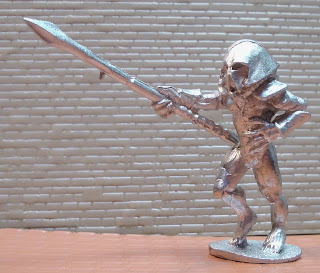 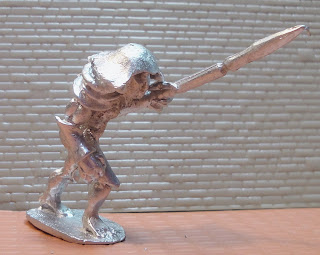 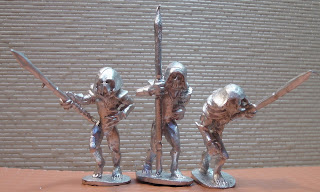 Awaiting copies of these guys... 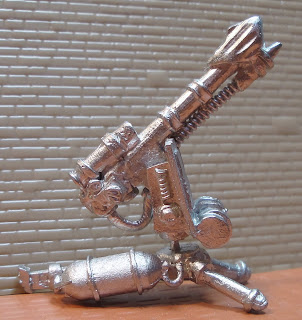 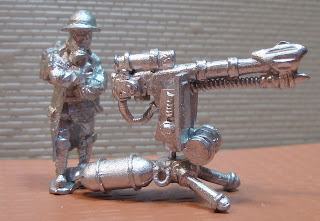 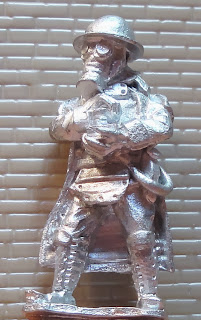 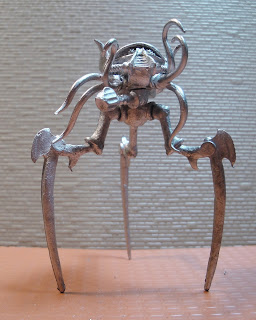 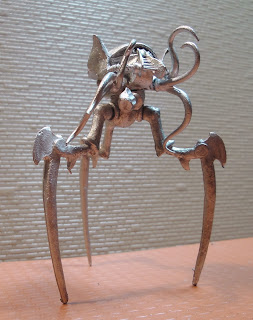 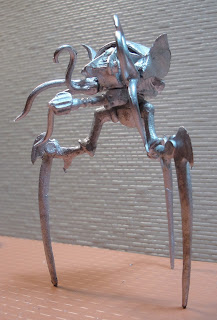 Group Shot with an unsuspecting Artizan Designs waiter....shows how huge these guys are.... 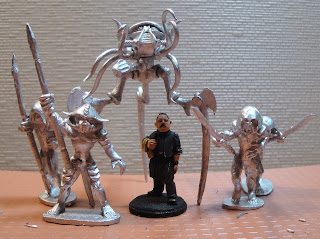 Shot including one of the old VFW Swamp Lords........5 of which have been re-released by Minifigs here. 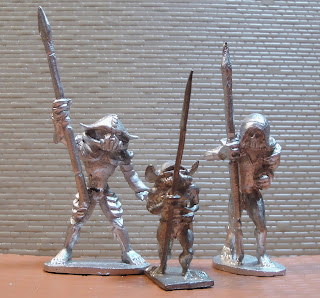 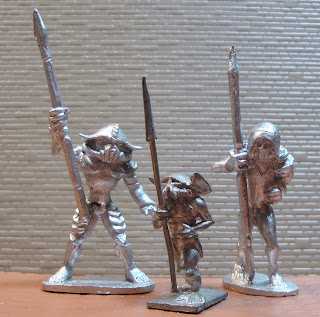 The range is in the Minifigs shop here. If you do mozey on over to the site and get involved, please let them know where you got the message and point out that we need the rest of the Swamp Lords released............nb Dave has told me that he doesn't have all the molds although seems to have the masters, all of which have been chromed to protect them from oxidisation etc  - apparently Neville Dickinson was paranoid about this as the Ral Partha masters had started to suffer.....also, the sales from releasing the VFW do not currently justify making up more molds. Buy some and that could change!

What great figures. Perhaps if we pleaded with Minifigs they might re-release all the old fantasy stuff. Can't think why they don't really.

Just spoke Dave at Caliver and he doesn't have any of the other Swamp Lord molds......I am chasing though!

For me the martians are strongly reminiscent of Peter Andrew Jones paintings, or possibly shades of Rodney Mathews. Certainly be interested in picking up a warband if there were more variants on offer.

Buy that warband and encourage them!!!