Following the initial invasion, the eminent Serbian scientist and inventor Nikola Tesla was invited to speak in the English Parliament. His words have been lost due to the destruction that followed however a little of the speech and circumstances survived the aftermath in the form of charred notes from the parliamentary secretary....

'I have seen the creatures in the flesh and believe they are organic the same as man. The machines we have now called Tripods are organic - an amalgamation of metals that defy the periodic table and flesh. I believe they are powered by the intake of oxygen and the breaking of the bonds that hold this element  together. I further suppose that I can replicate their technology within months......'

The rest of the speech was lost. The ramblings of the few survivors state that the prime minister, Herbert Henry Asquith, then moved forward and, placing a gun to the young Tesla's head, shot him dead. The prime minister then started shaking and collapsed....his body apparently liquified before the horrified onlookers. Two descriptions of the events that followed have enough similarities to allow belief. From the melting protoplasmic mess that slowly moved across the floor, 2 tentacles rose...one description states there was a breaking of the floor underneath so there is a possibility that this was, as so many of the Martian invasion tactics, a pre planted seed. The tentacles grew to a size unbelievable to those unlucky enough to be in the chamber...slowly they sprouted multiple offshoots and methodically took apart the human figures within. The 2 surviving recollections are full of the horror of broken minds. The first the outside world knew of this incident was when the Houses of Parliament imploded.....that bastion of Empire was no more and the then British Government had been fragmented.

After the assassination of Tesla there came a point where the Martian forces almost overran the human coalition. Britain had not been alone in the piecemeal taking apart of authority. The unpopular introduction of penal battalions allowed a breathing space....the prison populations of Europe were thrown in front of massed alien hordes armed with whatever was available....they faced death from all sides - retreat was not feasible.....the hastily imported Russian Commissar Death units saw to that. Retreat was certain death. Following the belated Russian Revolution that had almost caused the downfall of the country, governments, or what was left of them, around the world adopted many of the new communist principles. A very young Edward Mosely who had been holidaying in Greece at the time of the destruction of parliament rose to a form of power when he created his fascist 'Blackshirt' battalion. Society realised it had little to choose from at this time.....Emily Pankhurst created the first women's battalions. Many more followed. All sections of society pulled together, those that didn't were pulled. The Styal 427 Boys Workhouse Battalion had their names written in the history books when they came across a downed tripod.....to this day no-one understands why it was lying there in the mud...lifeless and dormant. The renowned scientists of the time, Thomas Edison and Philo Farnsworth, headed the deconstruction programme of this Martian technology. The first output from the vast underground factories was the Edison-Farnsworth Disintegration Ray...famously unwieldy and prone to self destruction it was, however, the first weapon able to take out the Martian tripods and to start allowing mankind the ability to fight on a more even playing field...... 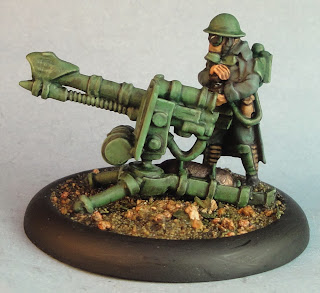 Keep up the good work looking forward to more