Fritz Haber, one of the few remaining survivors of the Kaiser Wilhelm Institute for Physical Chemistry and Electrochemistry in Berlin, had had the chance to examine and dissect a barely living specimen of the Martian foot soldiery. Their biology was unlike anything found on earth.....the metal-like armour was organic in origin and defied analysis by any known method. The only conclusion he came to was the fact the the armour had a symbiotic relationship with it's owner - once removed, with considerable difficulty, the bio metal solidified and became inert. When reintroduced to the same specimen the armour fused once again and repair work was almost instantaneous. The substance was then warm and soft to the touch unless force was applied in which case it solidified to an incredible degree. Away in a conference with the Kaiser, Haber was not witness to the resurrection of the alien body and the subsequent destruction of his beloved institute. Kaiser Wilhelm immediately called for the funding of a new institute deep in the Hartz Mountains - subterranean tunnels were dug and lavishly equipped with everything Haber dreamed up and asked for. Pieces of Martian armour from the few casualties they could inflict were introduced to human subjects - 1 in 300 survived the experience and the results were astounding. Psychotic criminals alone seemed able to withstand the melding of worlds and they proved almost impossible to hold back. At last we had a starting point.... 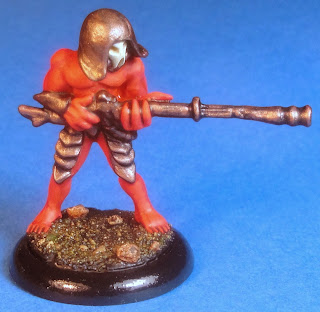 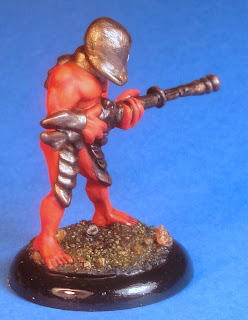 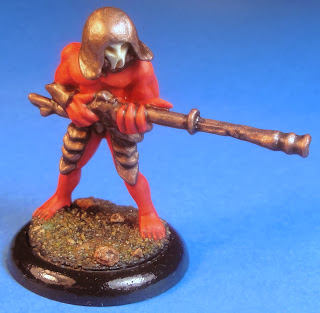 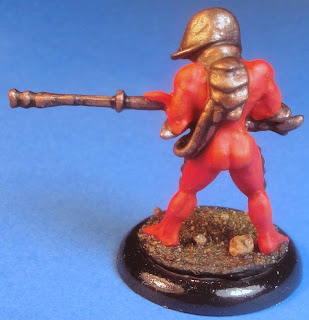