Having been swiftly issued with C&D by Lucasfilm lawyers regarding their 'not' Star Wars minis back in the 70s, Nevile Stocken released a few more miniatures aimed at the same audience...the earlier posts detailing these are here and here. I have finally managed to pick up all the '2098 Star Fellowship' ..... a parody consisting of elf and hobbit versions..... 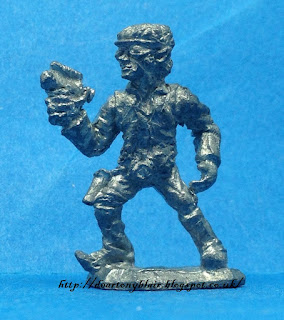 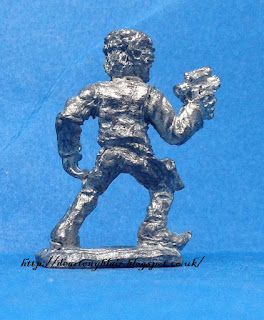 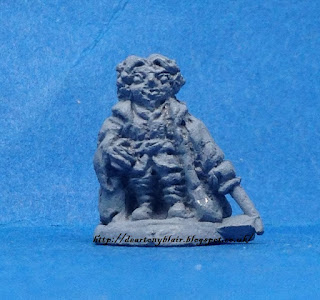 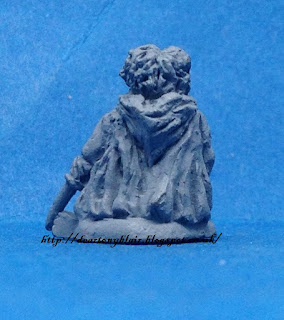 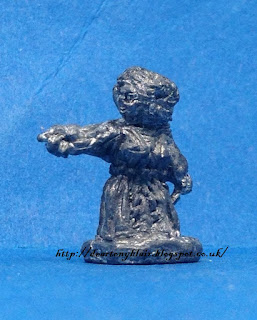 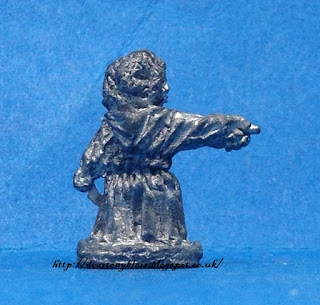 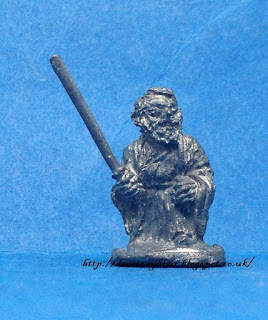 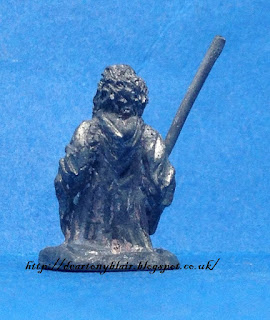 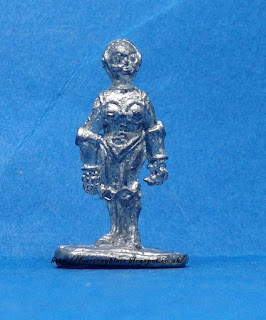 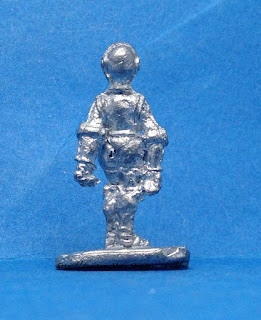 I have been informed by Nevile Stocken that the piece I pictured here earlier is not the droid I was looking for,,,,,,,,,,the one below is the one for this set....

'NOT R2P2, but RT 2 2 (Arty Two Two) Mouse - The miniature shown is actually one of the original Star Wars releases, so does not belong with the group. The miniature that does is the one with the upside-down head, to which were added two round Sensor appendages (to give it the appearance of a mouse head, as well as the added tail growing out of the underneath of the body with a clamping thingamajig at the end. It was all I could do to resist adding a Tutu to the little robot. I decided against it because it would have spoilt the image I wanted to convey.'

If anyone has one to trade or sell please let me know! I NEED this miniature! 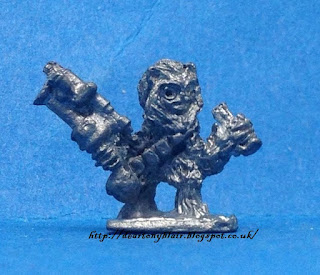 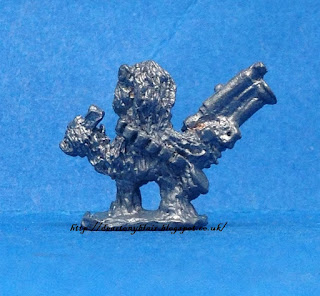 If anyone has a sealed pack for trade / sale or just a pic please let me know.

Ah, there may many ways to skin a cat. Thanks for posting!

They are just superb! What a wonderful addition to any collection.