There has been a great disturbance in the Force....Duke Seifried has died...

It is with a heavy heart indeed that I learned that the Duke has died. He contributed so much to the hobby over the years and will be missed by many. Rather than me waxing lyrical about his contributions I have copied his obituary below. So sad. Do take a look at this site which has many images of his work; https://dukepix.smugmug.com/ 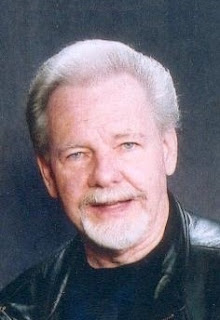 
Bruce “Duke” Seifried, Janesville, WI was born on August 19, 1935, baptized on April 11, 1936, and confirmed January, 1947, at Christ Episcopal Church, Dayton, OH. He left us to play in the heavenly jazz band on Saturday, September 29, 2018, after a courageous nine and a half year battle with Idiopathic Pulmonary Fibrosis (IPF). Duke graduated from Urbana High School in Urbana, Ohio, and from Miami University in Oxford, Ohio, in 1957 with advanced business studies from the American Management Association in Chicago.

Duke is best known for his work in designing and fabricating inter-active museum displays of historical and fantastical subjects that may also be played out as a game. He has termed these “Extravaganzas” and there are forty six of them finding homes throughout the world and in a
number of our American States. They are comprised of terrain, structures and hundreds of authentic figurines mostly an inch down to 5/8’s of an inch tall with all elements in scale. (This work may be observed at: DukePix.SmugMug.com) His work is prized by collectors and gamers alike with major collections in Monaco (1/3rd), also in: Australia, Bahrain, Italy, New Zealand & throughout the United States. In December 2017, a book, “Duke Seifried and the Development of American Miniature Wargaming” was published, edited by John Curry, UK, and Jim Getz, Ohio.

Duke was not just a pioneer in the miniatures wargaming hobby, he was one of the key founders. Without his creativity, talent, and energy the hobby and its associated businesses would not be what they are today. During his life Duke received many awards for his contributions: Historical Miniatures Gaming Society (HMGS) Scruby Award for lifetime achievement; charter member of the HMGS Legion of Honor for distinguished service to the hobby; Commander of the Legion of Honor at the time of his death; Game Master Lifetime Achievement Award (HMGS) and renaming of the Game Master of the Year Award to The Duke Seifried Game Master of the Year Award (HMGS); the Game Manufacturers Association (GAMA) Hall of Fame; Academy of Adventure Gaming Arts & Design Origins Award (note that “Adventure Gaming” was a phrase coined by Duke). Perhaps Duke’s greatest honor from the wargaming world is that he was known to all as “Uncle Duke,” a sign of their genuine affection and respect for him. His other interest was jazz. Duke was primarily a jazz guitarist, arranger and string bass player. In recent years his credits include serving for many years with the Jack Farina Big Band, Jazz for Jesus and a computer-driven solo element (COOL JAZZ) featuring special arrangements he wrote as backgrounds and performed over as a single (thanks to techy friend, Dan Mackey). He played string bass for a number of churches he and his wife, Annette, attended. He also played for the Bert Blain American Heart Walk for 15 years. While living in Ohio, he performed with many combos and some well-known names.

He is predeceased by his parents Opal (Willman) and William Seifried, Dayton, Ohio. He is survived by his wife & best friend of 26 years, Annette Baker. His first wife, Ruth Nungesser Seifried (deceased) was the mother of his children, including: Shari (Ron) Gross, Bruce Seifried, Jonathan (Cary) Seifried, Laura Illanes, Samantha Seifried-Sipowicz and Shelly (Jim) Sawyers. There are also two adopted boys: Daniel Seifried and Benjamin Seifried. There are thirteen grandchildren. He is further survived by his sister, Mary Seifried, sister-in-law, Alice Gilbertson, along with step-children Jeff (Gaynell) Instefjord, Eric (Lyn) Instefjord, Kent (Lori) Instefjord and Lisa (Russ) Armstrong; also six step-grandchildren & two step-great grandchildren. He leaves behind many musician & adventure/wargaming friends. Duke donated his body to the UW-Wisconsin Medical School, particularly to research Pulmonary Fibrosis in hopes of one day finding a cure. Memorials may be made to the Building Fund at Hope Lutheran Church in Milton, WI located at 335 Dairyland Drive, 53563, The Building Fund for the Southern Wisconsin Humane Society located at 222 S. Arch St, Janesville, WI 53548. Jazz for Jesus will play at the memorial service to be held at Hope Lutheran Church in Milton, WI at a later date. No Flowers, please.

We are most grateful to Agrace Hospice, Kathy and Bob of Mercy Home Care, Dr. Jane Anderson, Mercy Clinic South, Dr. Jay Tuck, Mercy Lung Center and dear friends, Wayne and Diane Wiley, Gary and Belem Regan and Phil Moore for their constant concern and helpfulness, and Pastor Collette Gould for her many visits. We would also like to thank our friends for the many supportive emails and phone calls over the past few weeks.

The obituary shows that he truly lived a life worth living and touched so many people in a positive way.