Back in 1981 Hinchliffe expanded the FA fantasy range with a bunch of 13 new codes for Sci Fi. They do not particularly look like Peter Gilder sculpts so the search is on to find the artist. I finally managed to pick up the last of the range and it arrived this morning... it had been guess work as there have never been any pics. I placed the initial 12 on the Lost Minis WIKI from when I picked up the first bunch back in 2009. They are a weird bunch although rather nice... the Marilyn Monroe 'Female entertainer' is especially interesting although not sure how she fits in a Sci Fi setting. If I could find where I've stored the rest I would take new images... grrrrrrr.

Edit; courtesy of John Preece in comments, these are most likely designed by Dave Sparrow who followed in Peter Gilder's footsteps. Now if anyone has any info on Dave Sparrow?? 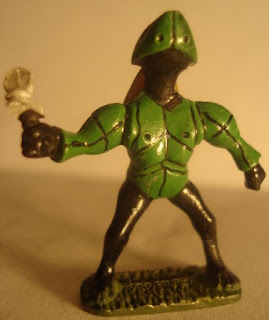 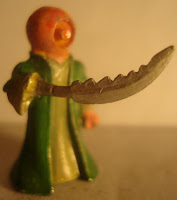 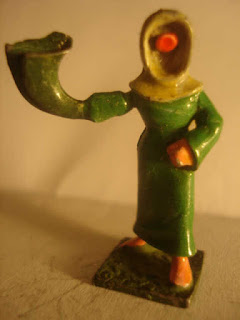 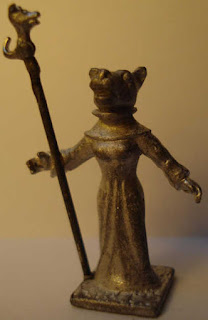 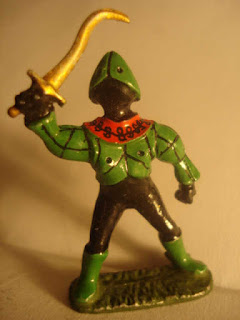 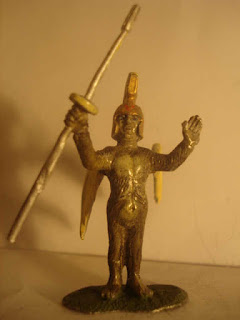 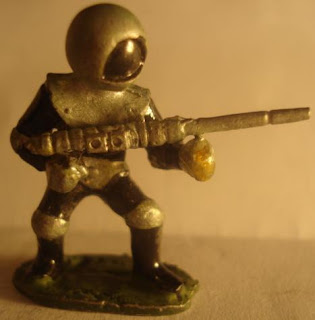 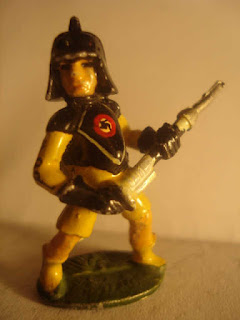 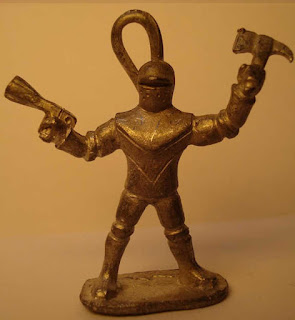 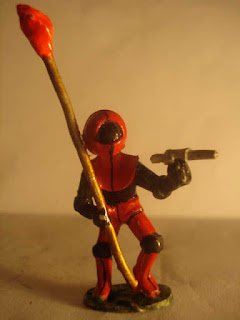 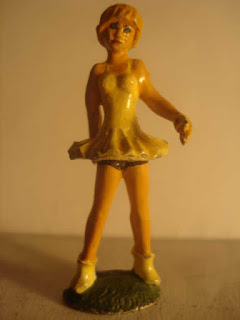 There was a final FA release but this was a fantasy witch... It would be very interesting to see any ads for these... I got the original listing via a Military Modelling ad but can only find the one... not sure which issue now of course. If anyone has any ideas on the sculptor please make a comment below!

They are great figures... I have a few which I hope to use in a 40k game or similar to see the look of awe on the other players faces. I unit of Crosticians might look rather amusing. They really do look like Barry Minot sculpts to me.

This link gives some background which may be helpful. In terms of output Dave Sparrow was the most likely sculptor after PG. I do see the point about Minot though he was marketing his own fantasy ranges at this time.

Thanks William, I had just updated the WIKI. There's a later Metal Magic figure attributed to Dave that is very similar in style so I think we have solved the mystery!