With the movie being released next week (March 9th) I thought I would post a few pics and details about the old Heritage licensed range from the early 80s. Sculpted by Max Carr they really capture how I pictured the characters when I first read the books back in the 70s. Some of the sculpts are a little basic by todays standards but that is what I love about old school minis. (BTW, Max is doing some great stuff at his new company, Barony Miniatures)


Code 1503 contained the man himself and the incomparable Dejah Thoris...... 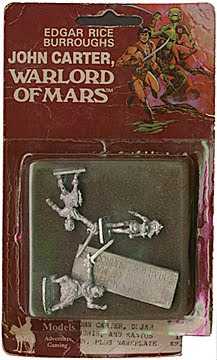 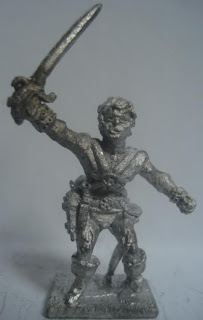 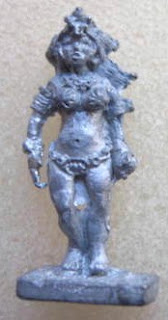 The listing included a number of unreleased minis which may or may not have been sculpted before the licence was lost....one day we may find the unreleased 'greens'...........


1503 John Carter, Warlord of Mars - Dejah Thoris, Princess of Mars & Kantos Kan plus Diorama Nameplate
1504 John Carter mounted on Thoat with Dejah Thoris and Woola
1505 Tars Tarkus, Jeddak of Thark
1506 Cathoris of Helium and Thuvia, Maid of Mars with Gahan and Llana of Gathol
1507 Issus, Goddess of Death upon her throne and Matai Shang, Father of Therns with the Holy Altar of Doom
1508 Ras Thavas, Mastermind of Mars and Princess Tara of Helium with Ulysses Paxton and Valla Dia
1509 Solon of Okar & Dator Thurid of the Black Pirates w Than Kosis, Jeddak of Zodanga & Tul Axtar of Jahar
1510 Phor Tak, Mad Jaharian Scientist Inventor of the Flying Death & Ur Jan, Assassin of Mars w 2 Mercenary Panthans
1511 Red Martian Swordsmen of Mars (3 each of 2 types)
1512 Martians with Radium weapons (3 each of 2 types) 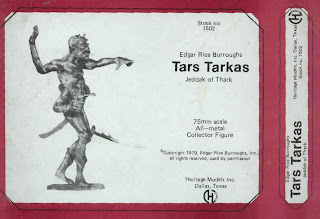 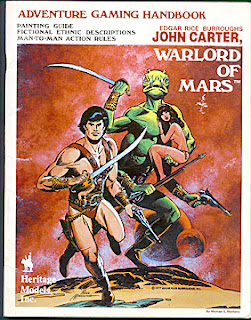 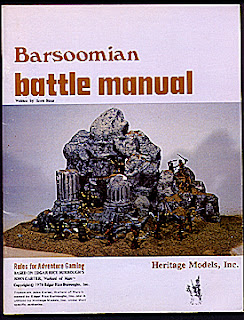 Check out most of the range on the Lost Minis WIKI