Around June 1977, Barry Minot unleashed 'The Quest of Thane Tostig' onto the gaming world followed by a later second quest against the might of Merlin. I have recently picked up a set of the skeletons and they have been sitting in a dettol bath for 3 weeks.....still some paint adhering after all that time but mostly gone. The old white undercoat should be used on military vehicles in the real world. Nothing seems to shift it....

I present.....The Legion of the Dead Skeleton Warriors

TT37 Skeleton with Axe and Shield 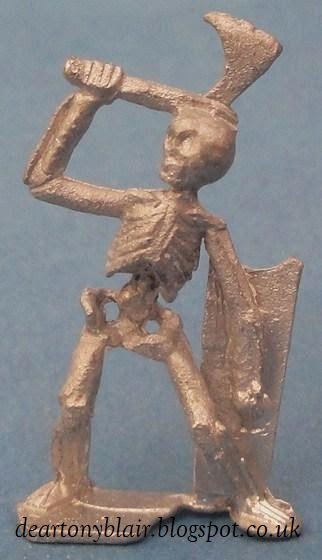 TT38 Skeleton with Sword and Shield 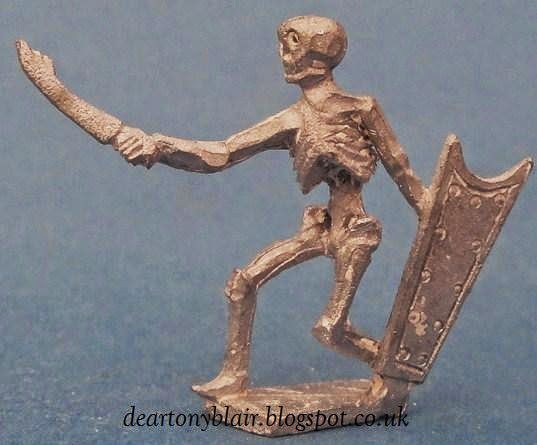 TT39 Skeleton with Poleaxe and Shield 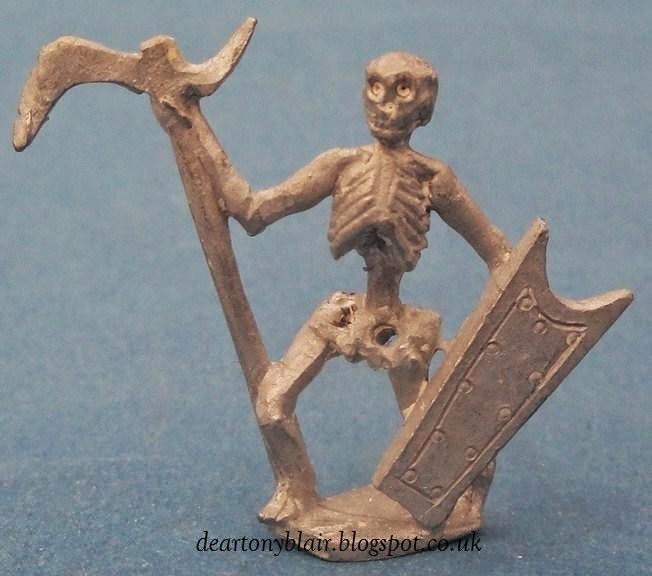 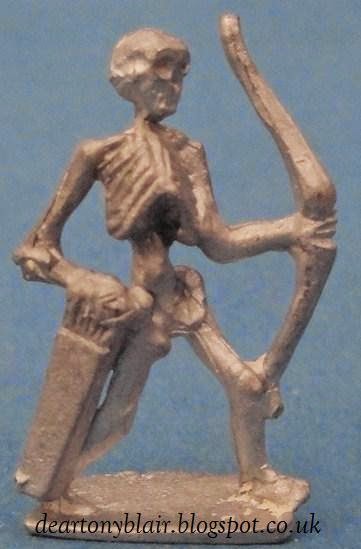 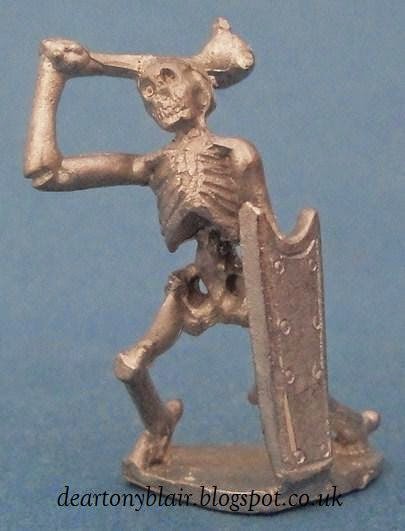 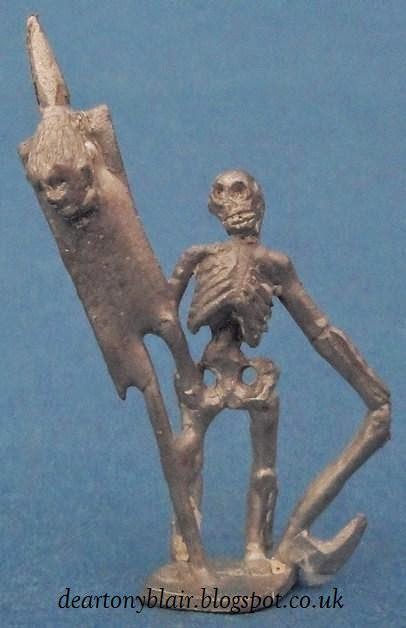 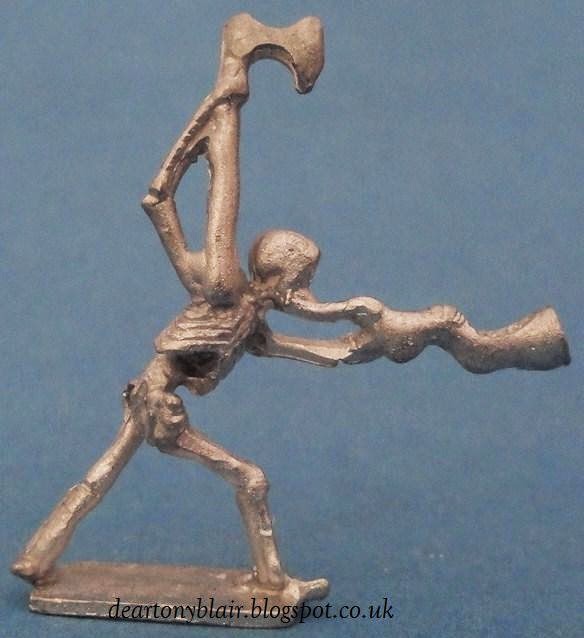 Do not judge these sculpts by todays standards. These are old school and wonderful pieces of mini history.

The original rules and minis are blogged here followed by most of the 2nd quest minis here.

These skeletons are wonderful by any standard. Great find.

Great figures. I was surprised how small they are, even by the standards of the day.

These skeletons are really great!!