Blatantly copied off the Warmonger Facebook page as I think it needs more publicity. Kev Adams is back and sculpting like a demon.........

We don't have any kind of distribution for these Orkgobogrings or Beastpeople at the moment. We will put a proper website up eventually. We are considering doing a kickstarter to get them started. We also have about twenty kevin dwarfs that have not had a proper release since some of them had short lived availability about ten years ago. I think that Steve has some of them up on Eldritch Epistles somewhere.
As we have not done a Kickstarter before we will probably practice with a couple of smaller projects before we do anything BIG.
So we have been talking about doing a Street Violence kickstarter for our first try.
We already have our big Street Violence urban warfare and dark mayhem range up on our slow and disorganised www.wargamesfoundry.com website, but we have perhaps 20 or so lost models that have not been available for a long time (including a few fine but never seen SliperryNotts if we can find them) and we think that we should practice kickstartering with them first and then perhaps following up with the Kevin (and Mike Owen) Dwarfs.
Maybe also a small Kevin sculpted Victorian range that we have kicking about.
Then we might feel competant enough to do a proper job with the Gobogreorcktrollinged Greenskins and the various Beastcreatures.


The three photos below are just us messing about putting beastmen heads on Orcly bodies. The brighty puttied Cowman in the middle is a new Kevin Orc and the two chaps toting long range blunderbusses are a couple of models that Kevin never finished years ago. They were both very relieved to finally get heads. Grimbgore has been asking if he can have proper trews and a servicable coat.

Squintyfart Laughbucket here was the souvenir presented to the 130 or so Oldhammer gents who turned up to our event here at Stoke Hall. 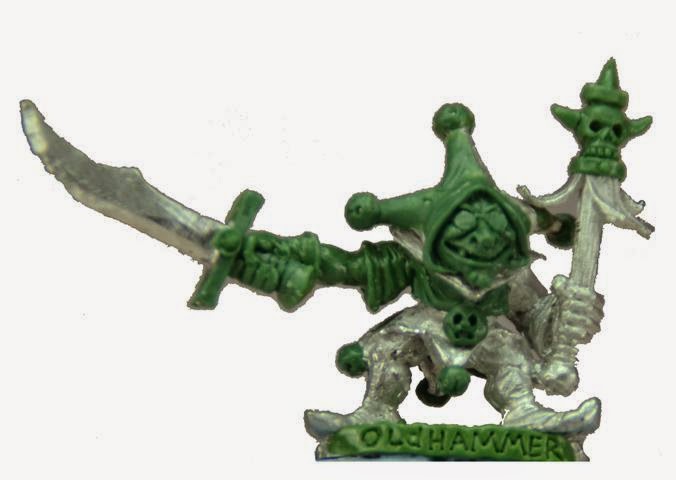 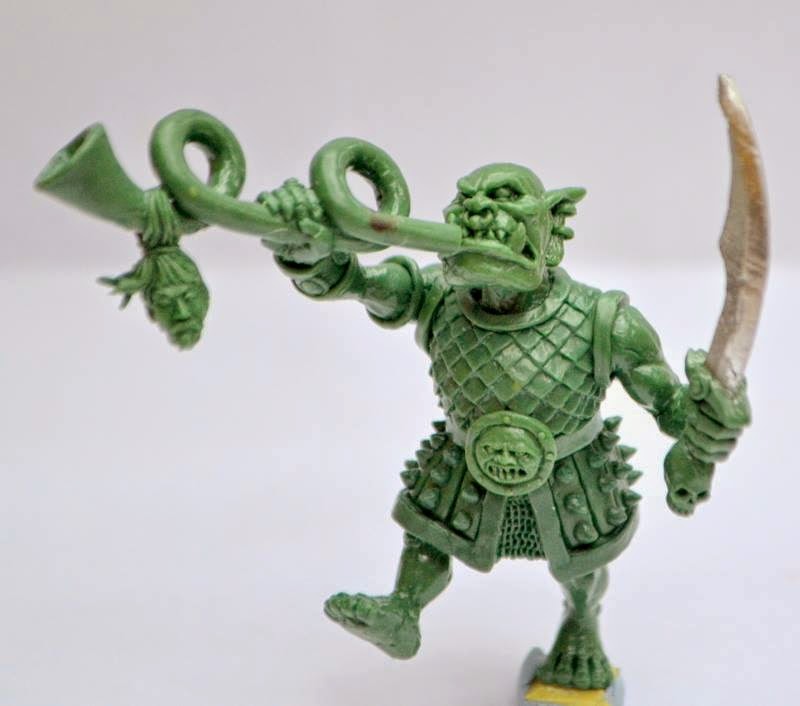 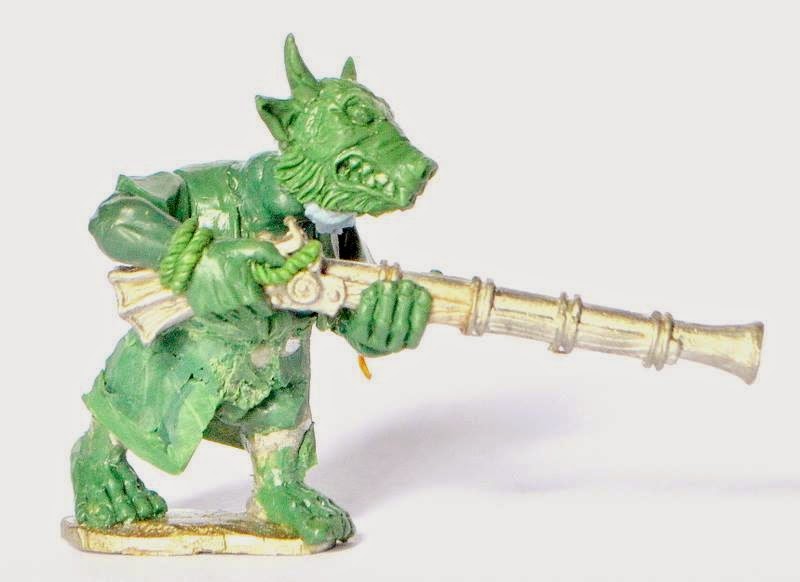 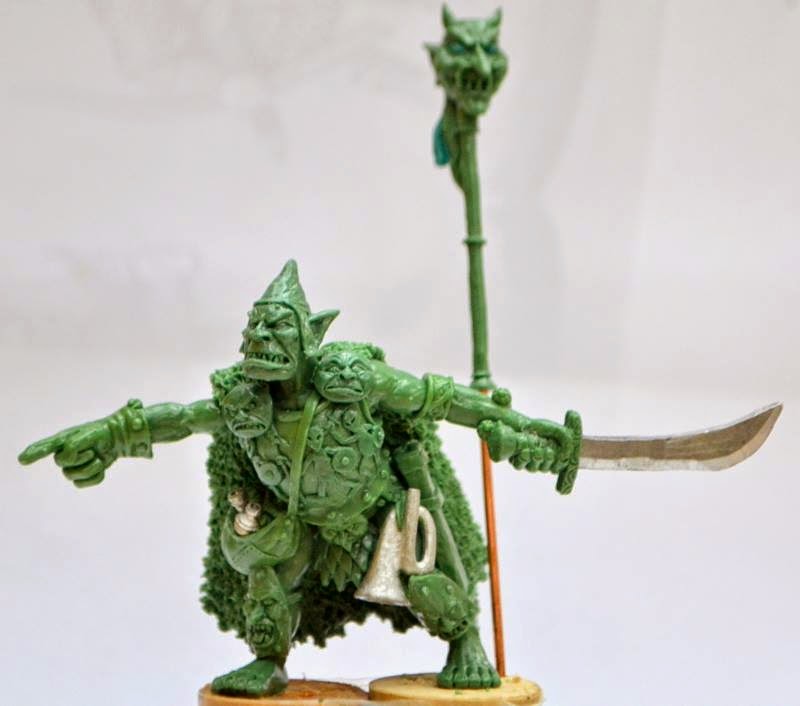 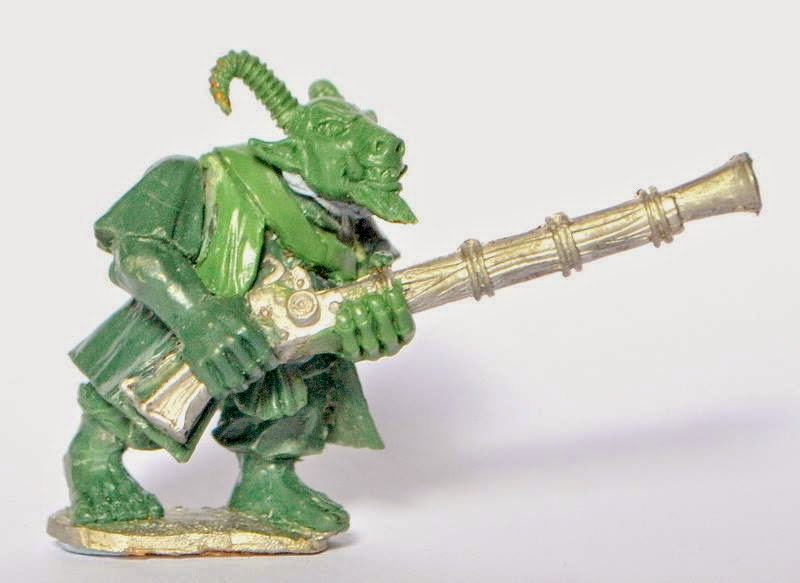 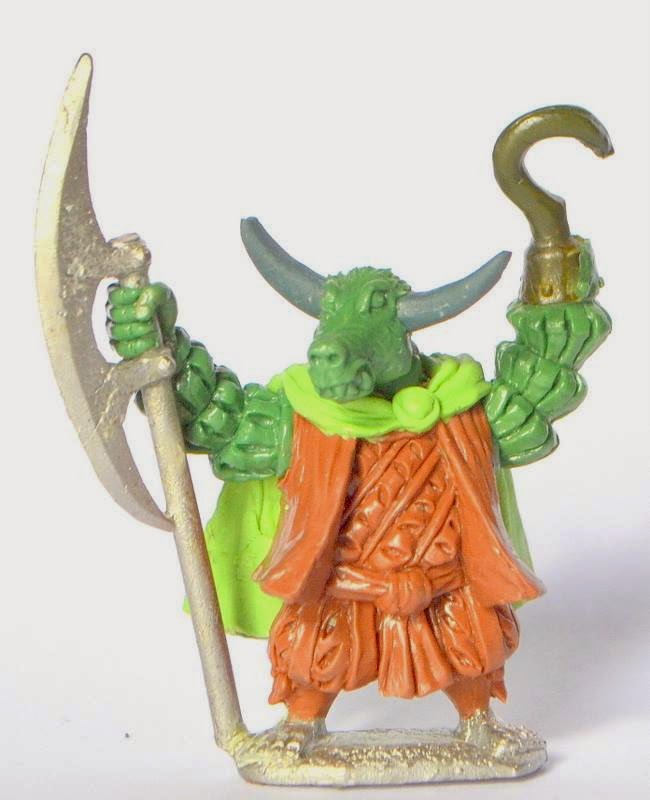 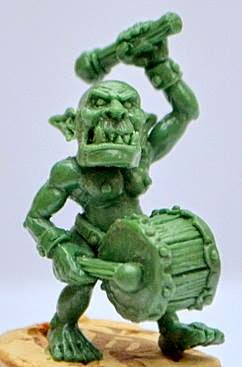 Don't forget you can get Foundry miniatures from their 3 eBay sites now....

As always; enquiries@deartonyblair.co.uk
Posted by David Wood at 15:54:00

They have alot of character, remind me of some of the early WFB models.