A short while ago a good hobby friend, Pete Brown, set up a Kickstarter campaign to introduce the world to a new range of Tudor miniatures designed by Nick Collier and released by 'The Assault Group' .... for some reason it didn't attract the attention it deserved and the Kickstarter was pulled......however I had put some pennies towards a face sculpt and they have just been sent out.......very impressed! 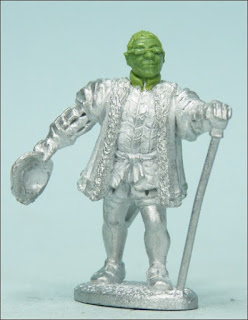 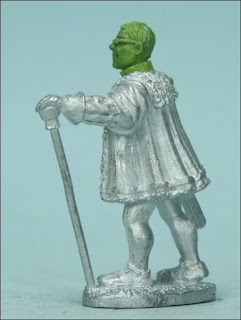 Now available as part of Tudor Pack III....get a piece of me folks whilst they're still hot!

I still don't understand why it didn't fund when Cool Mini or Not / Reaper can command millions in funding.....go figure, every pun intended......The Assault Group still have a massive range of figures that are well worth checking out..........Tudor range here. Tell them I sent you.....Pete also runs The Mouldmaker......source of God alone knows how many miniatures across the hobby universe!

As always; enquiries@deartonyblair.co.uk
Posted by David Wood at 17:34:00

Great figure there....I would be interested in an Elizabethan range for sure.

That is priceless, what a lovely idea.