Ah the joys of seeing a friend releasing a new range......Cultists this time in the thousands....well, almost. Nineteen different packs up now although not quite ready for despatch as yet (a couple of weeks off) but that's 50 odd Cultists in order to allow us to endanger the world in the upcoming awakening of Great Cthulhu from where he lies dreaming....“Ph'nglui mglw'nafh Cthulhu R'lyeh wgah'nagl fhtagn" as we like to say ("In his house at R'lyeh dead Cthulhu waits dreaming"). Once the stars are in the correct alignment we.....what? Say no more? Why?? What the??? No! Please! Nooooo............!!!!!!

Ahem, I'll carry on for now. Screaming Mob Miniatures is a new venture by Mark Hides, painter extraordinaire at Conflict in Colour, author of 'Real Life's A Bu**er - A Tale Of Sex, Dragons And Rock 'N' Roll' (which should be read if only because I am in it....mostly in the Dragons bit unfortunately) and all round top bloke. Mark and I go back many years to when he was running the bring and buy at Sheffield Triples and then running Dungeons & Starships, a mere hour's drive for me whenever he mentioned those words 'yes, Dave, we've got some old lead in for you'....

A few pics purloined from the store below, sculpted by Adam 'Whiffwaff' Gayford who I've not seen in a good while as he selflishly moved down South.....last seen getting in his wife's car after we shared a good few drinks in Manchester.......

The figures have been molded by the very talented Chris Nicholls over at Macrocosm Miniatures who is currently sculpting a mystery limited edition mini.....details on Mark's site....

Update. Mark commented on the Dear Tony Blair Facebook page (what do you mean you're not a member, get over there and join us quickly!) ;

"Just to add, you should be able to get 500+ variants from the range, plus two special headsets (Plague Doctors and Followers Of The Squid Faced One) and if that was not enough, the palanquin is completely metal rather than the expected resin! Bow and crossbow carrying cultists are planned for the very near future, to round it out. Then, the fun begins with a new range. (About time too as I have had the greens since 2013)" 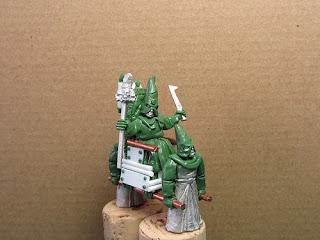 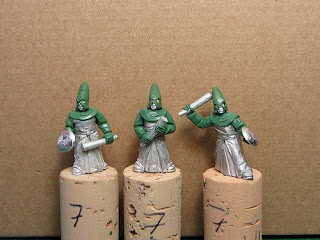 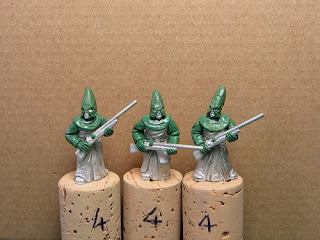 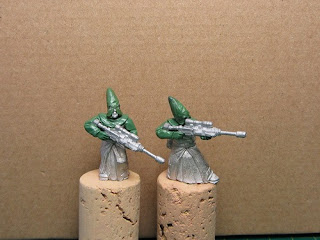 Mark has lots of plans for the range with head variations etc......I have seen them and they are pretty darned tootin'.

As always, comment below or email me at deartonyblair@virginmedia.com 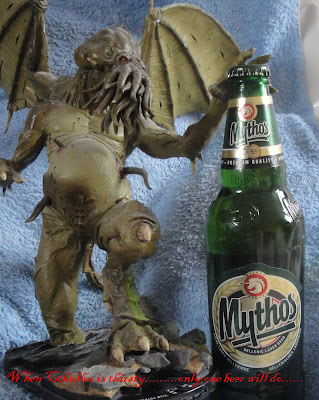 Thanks Dave, for that great introduction to the range. I just want to say however that you will be able to make around 500 variants, thanks to the fact that the models have separate heads supplied at random.

What's more, there will be a few sets of 'specialist' head sprues available to allow you to make hordes of 'Plague Doctors' (great for Nurgle themed armies) and masks for followers of a certain squid faced deity.

If the range gets of to a good start I'll round it out with a few packs with cultists carrying bows and crossbows.