Back in the late 70s and early 80s Bob sculpted a number of now out of production fantasy pieces for various companies. I am led to believe he first sculpted for Wargames Publications (Scotland) Ltd. He sculpted a large amount of historical, both in 15mm and 25mm under 'Naismith Design' label which were distributed by Navwar Productions Limited. The 15mm are mostly still available however the 25mm are long gone and Navwar have never been able to supply any information regarding the masters etc. I would assume they are gathering dust in one of Bob's Highland hideaways......the man is a true Scot through and through. He has sculpted for many different companies over the years including being responsible for the first Games Workshop Space Marines (should I insert a 'TM' there?) - the old classic Womble helmeted ones. He left GW around 1990 to become freelance. He sculpted a large Sci Fi range 'Cobalt' that has recently been picked up by Black Hat Miniatures...they are expanding it and they are superb. He is currently producing plastic for both Fireforge Games and Mantic Games.

These are what I have of the fantasy he released under Naismith Design.....I would love to pick up the rest if anyone has any. Pics alone would also be great! 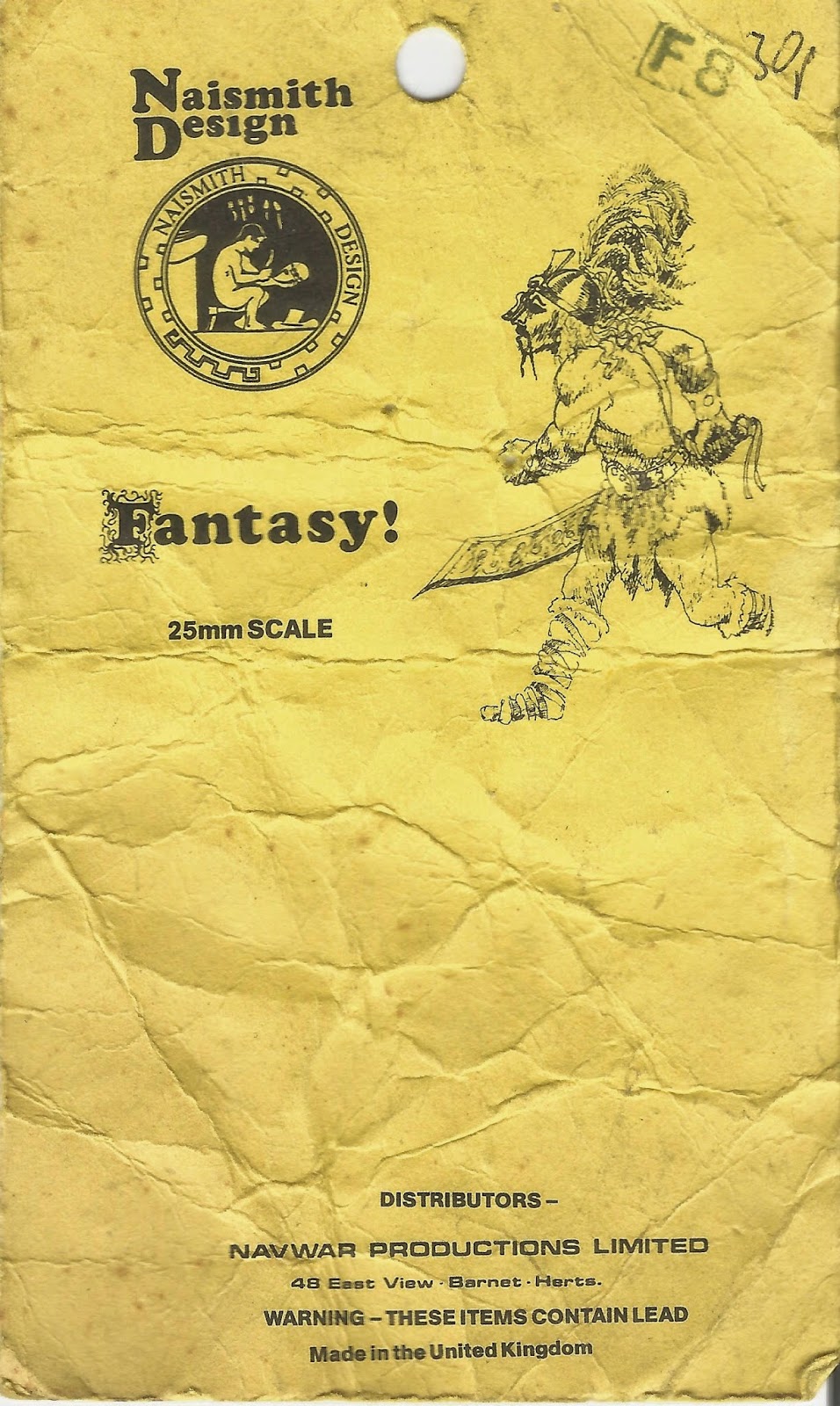 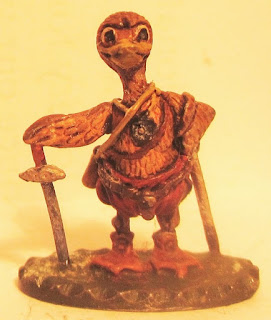 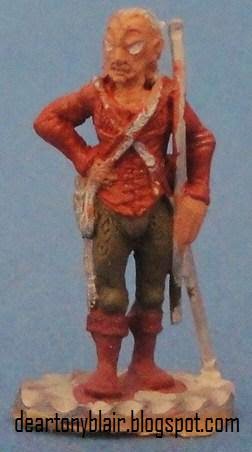 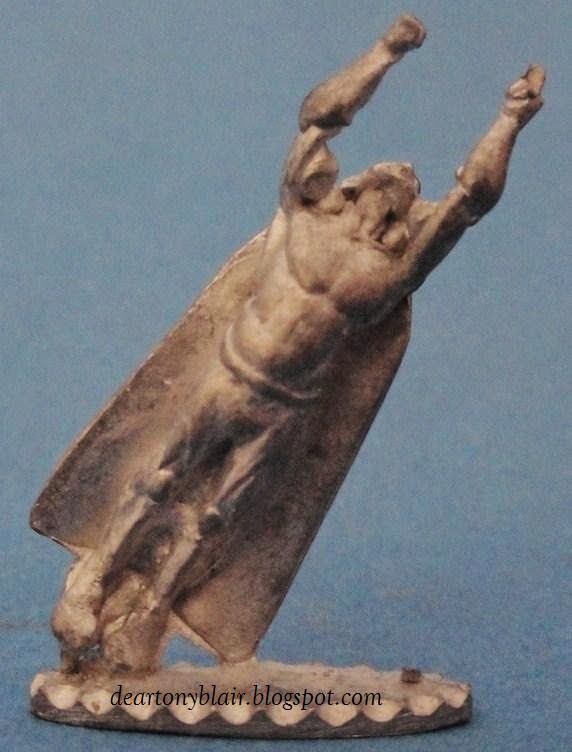 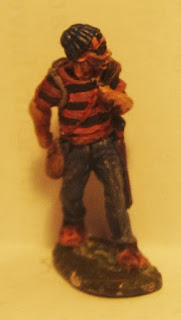 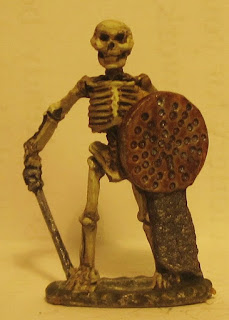 F6 Knight of the Order of the Chaotic Pig 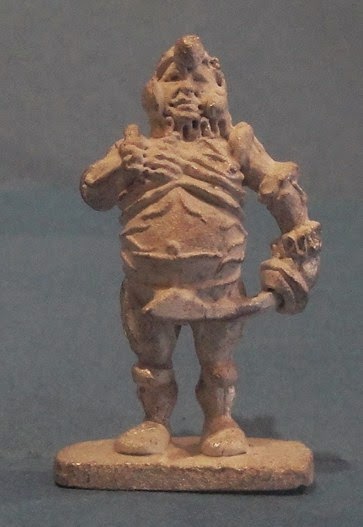 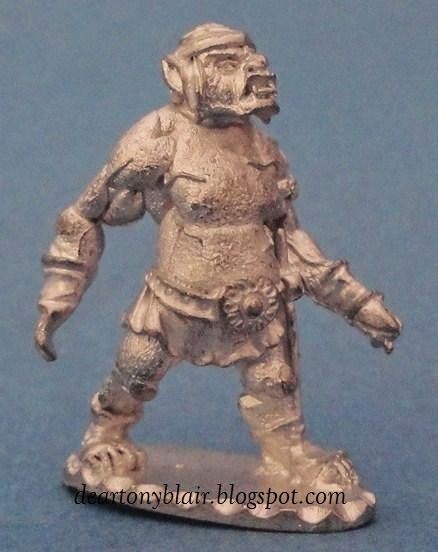 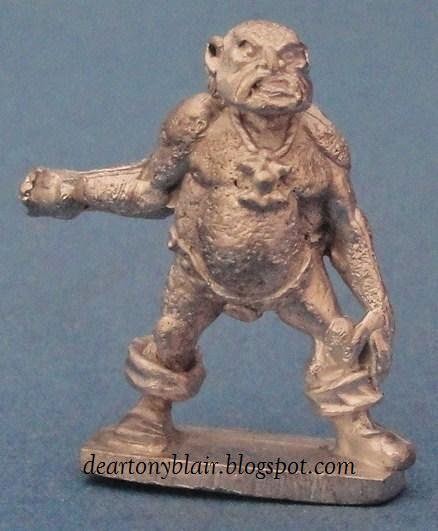 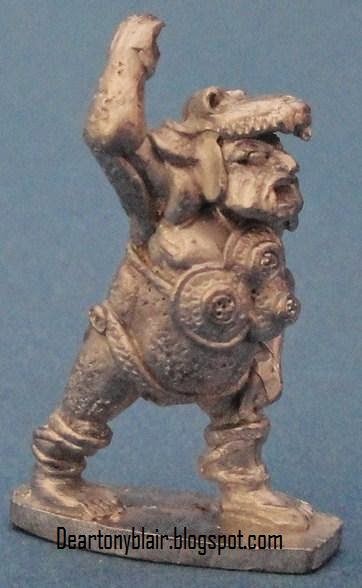 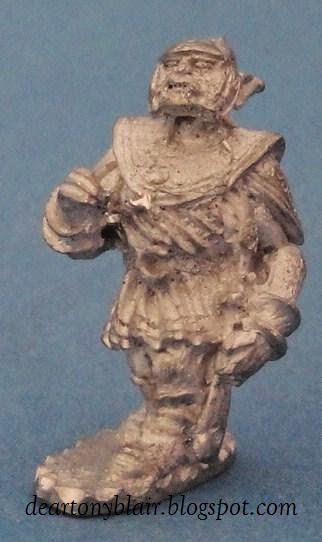 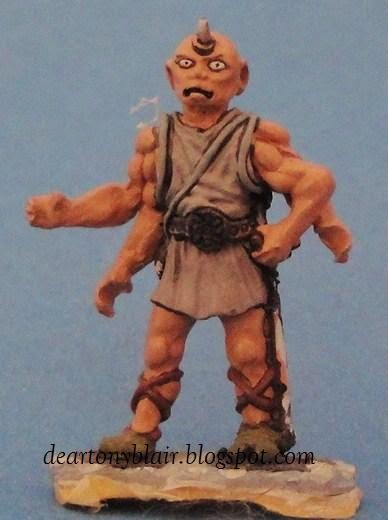 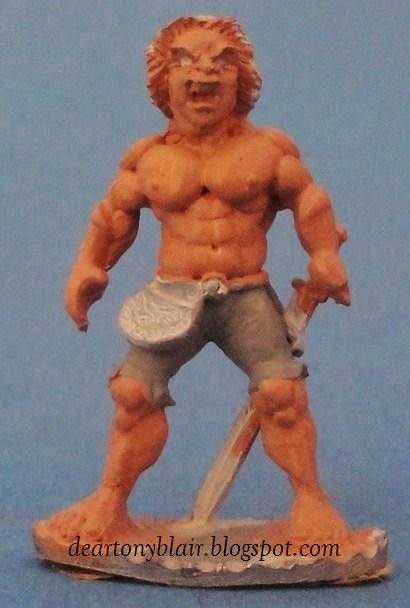 F13 Knight of the Order of the Chaotic Ant 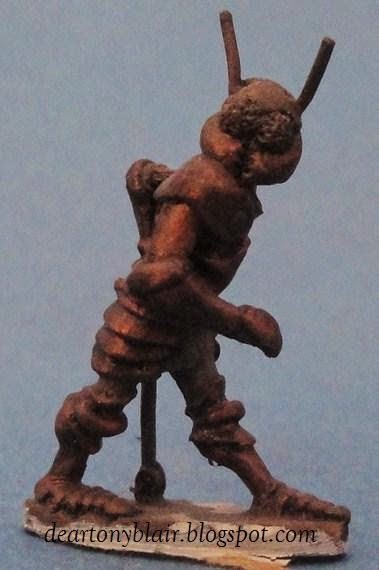 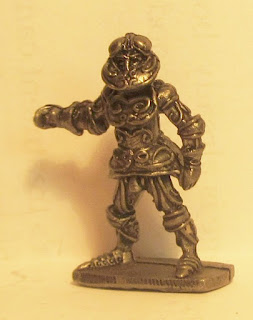 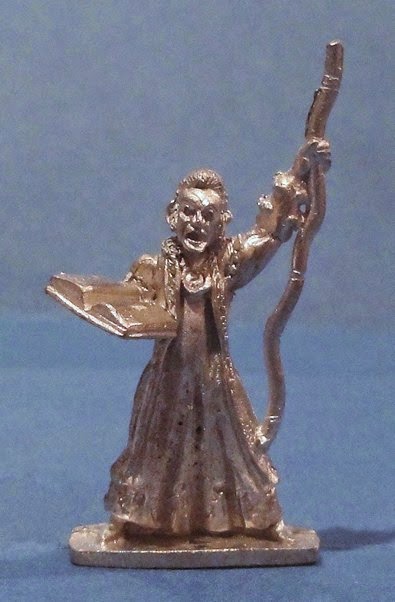 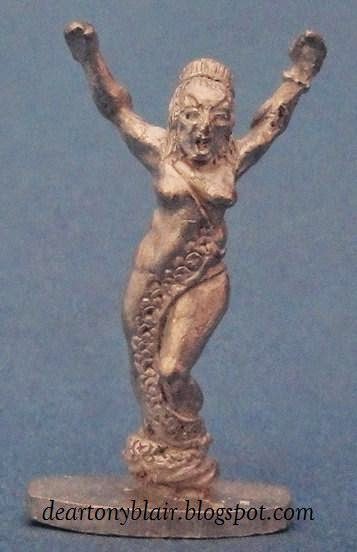 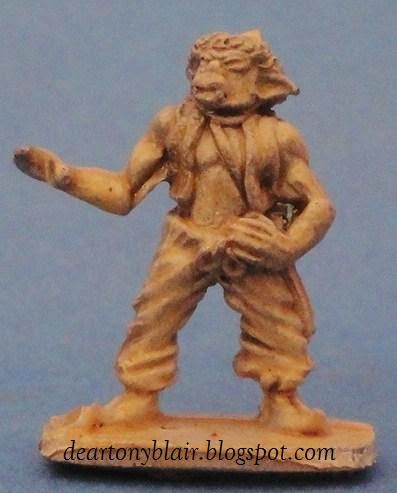 And an unknown hunchback...... 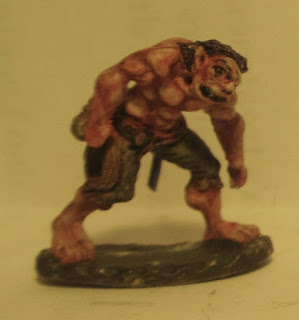 Unknown......from his size he belongs to the trolls but there is no code for him.....he doesn't seem to completely fit the 'Knight of the Chaotic Pig'  stance when comparing him to the Chaotic Ant Knight above.....thoughts?? 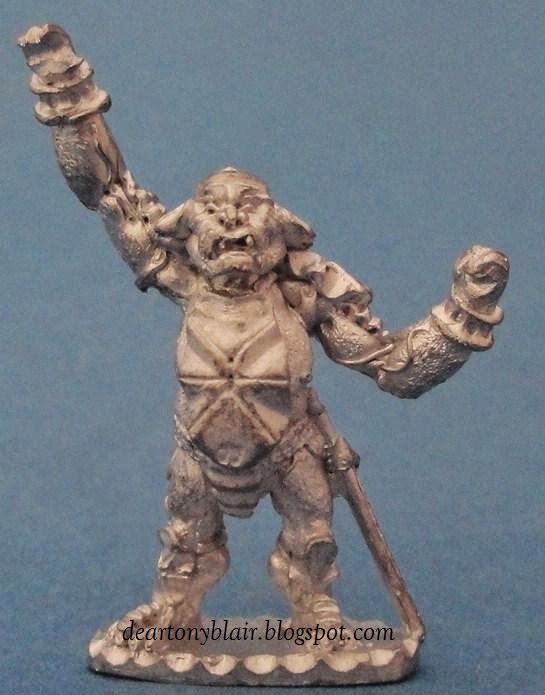 Two different base inscriptions (I know, I am very sad and lonely). One had the code added which is always useful....

The South American range was wonderful...all sorts from Conquistadors to Mayans to Aztecs etc. Such a shame they are lost. The Aztec litter became a focal piece for my 'all conquering' Slann army.....as usual most have yet to see a lick of paint...... 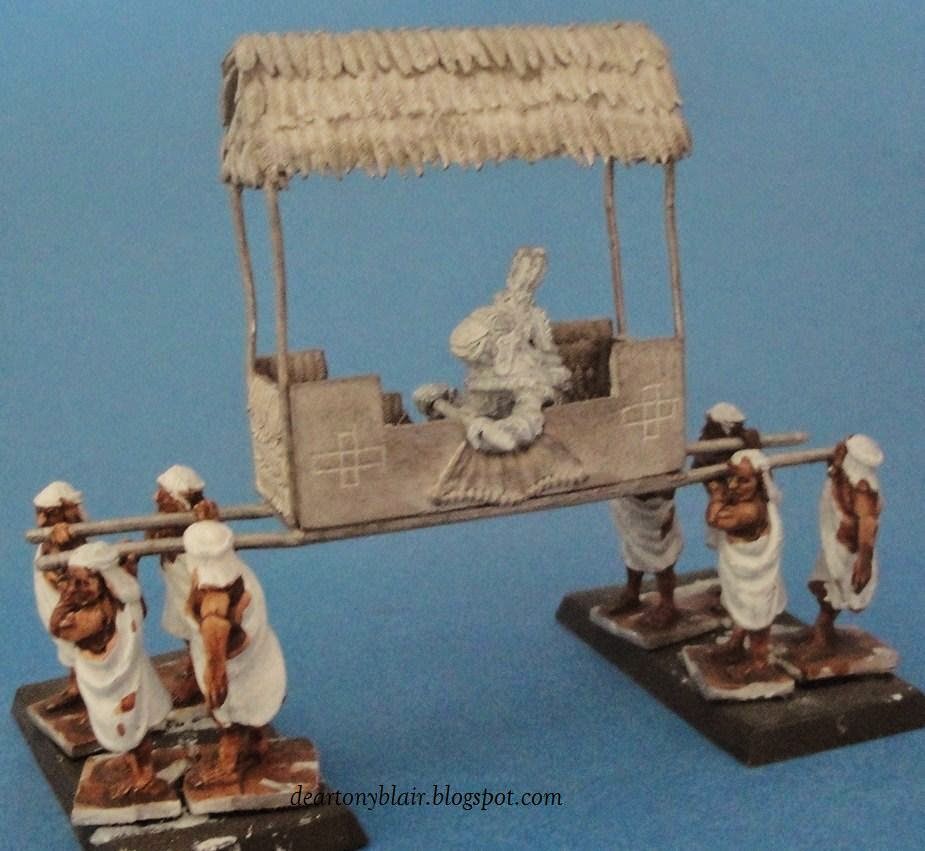 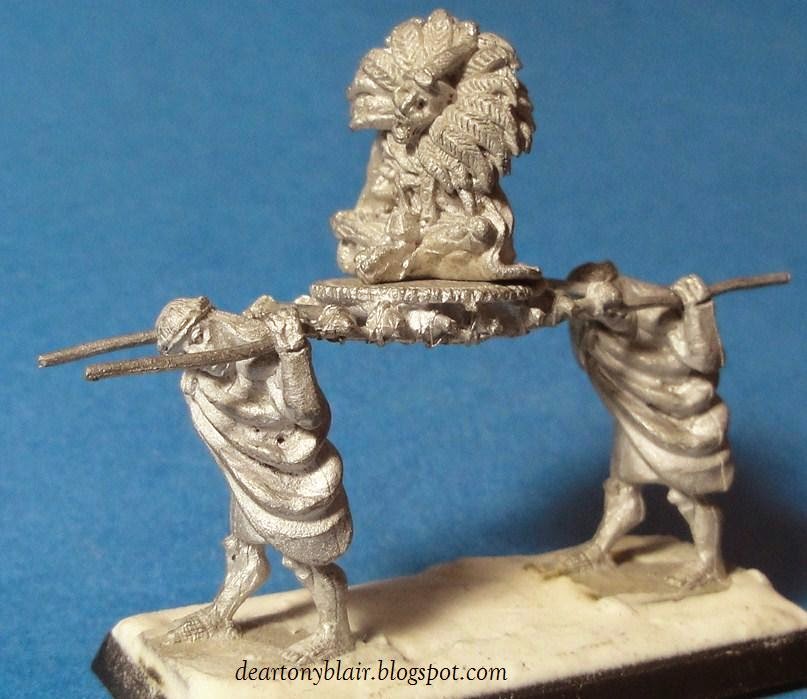 missing his feather crown which is somewhere in a bits box I seem to recall..... 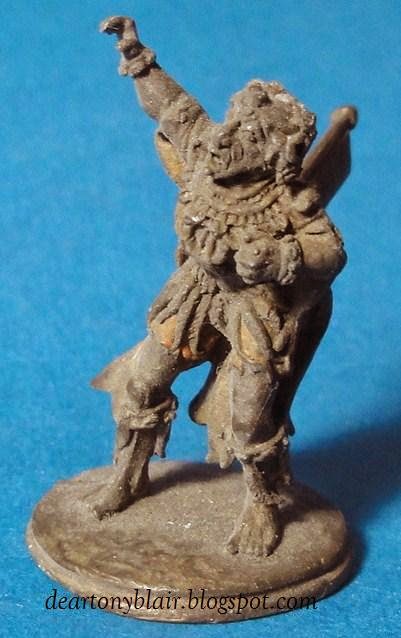 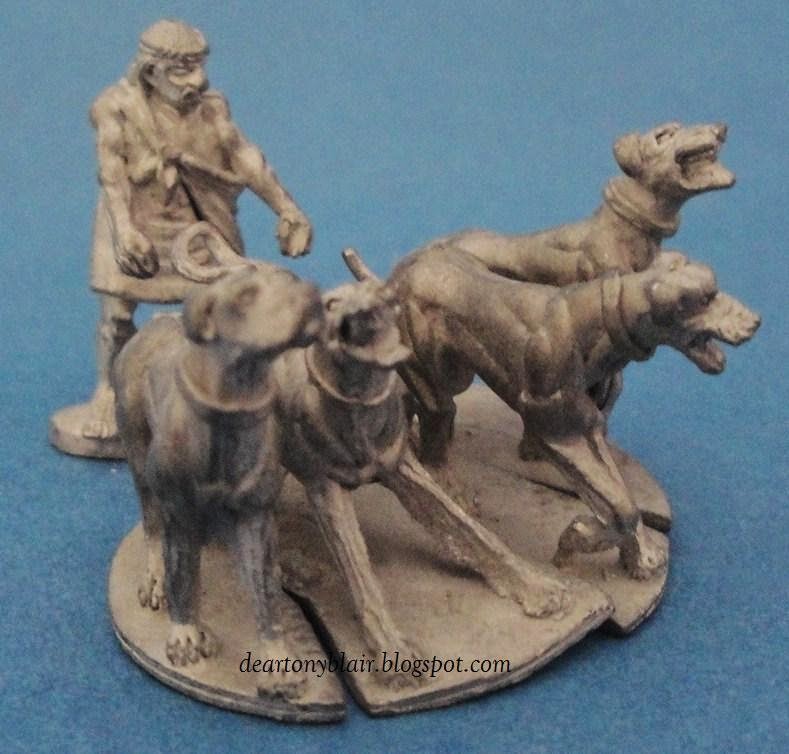 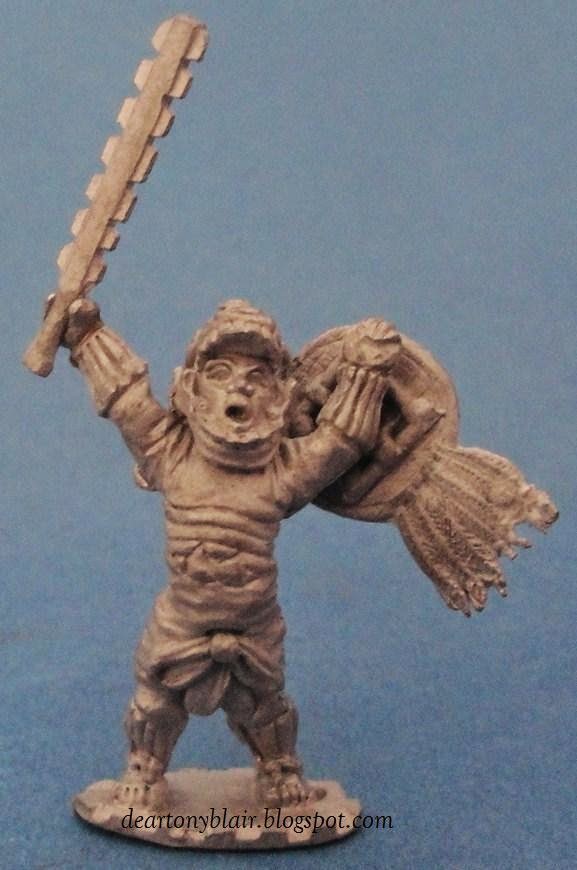 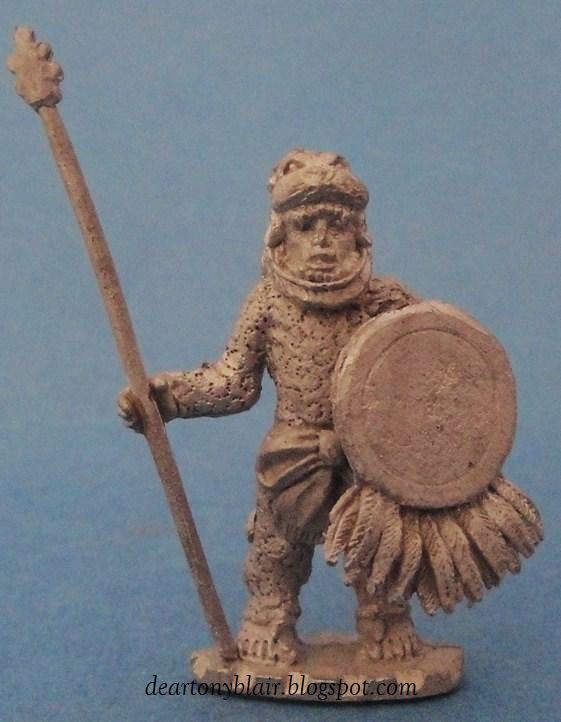 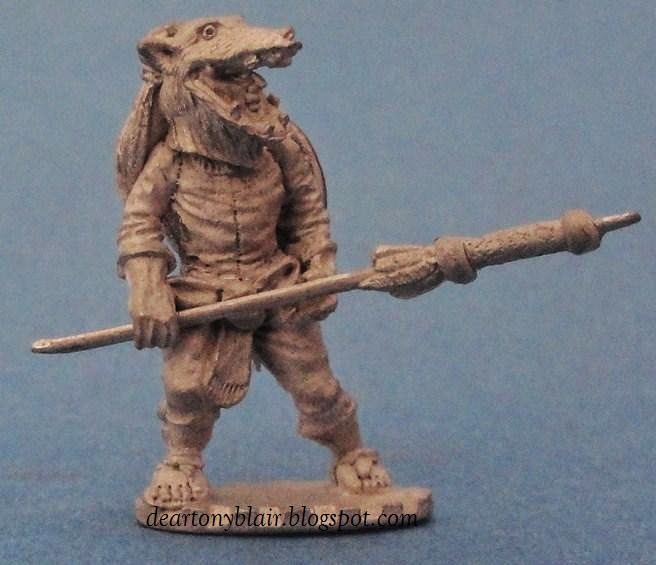 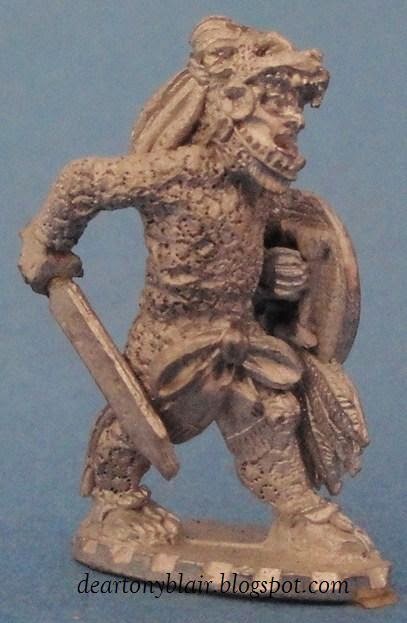 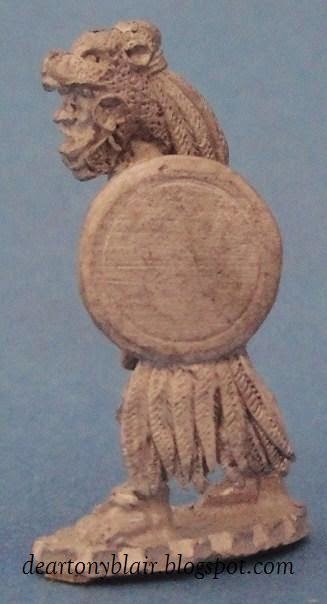 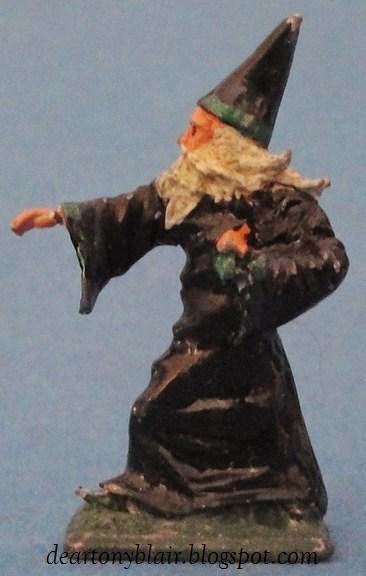 There is a nice interview here at the Magpie & Old Lead blog and another here at the Realm of Chaos 80s blog.

Gosh, I used to have that Wargames Publications wizard, and a witch taking off on a broom if I recall. He saw many a dungeon before being sold off in the mid 80's. I seem to remember a real craze for Aztecs and Incas in the early 80's as well.

That Wargames Publications range was great. I only realised they were Bob's sculpts when researching bits for this article.

Oh if only those wardogs were still being made! *sigh*

Might have some - Uused to be one of the other 2/3 of Naismith.

If you have any to sell or trade - even just pics would be great!

None in the big bag of Aztecs, Inca and Maya I have in my spare room. I'll have to check in my loft, but that'll be next week before I have time for that....it's a pretty full loft;
I'll get back to you...

If you need a hand let me know :) I have a few of the Aztecs and they are great.

Found the dogs in the loft; I've got more than 1 set, so happy to trade. Other rarities I have are the Naismith Santa and a 54mm Gaul that Bob sculpted using a shield as a base and I'm happy to trade them as well. Interesting blog, I have to confess, with many blasts from the past. McEwan miniatures - used to have lots of them. Minot as well. Still have my original Empire of the Petal Throne as well (sans box, alas), and a few letters I exchanged with the late Prof Barker whose speciality was Meso-American history. All three of the Naismith group worked for Workshop in what I would regard as the glory days, and there was lots of stuff that never made the cut there, or was only available for a short time, but I have no idea if I have any of that. I also have a painting of a chaos night which Bob gave me as a wedding present.

Hi Neil, can you email me on deartonyblair@virginmedia.com
And we can chat.
Dave

I just counted a great coup! I just bought from Keep Wargamers of England the last of their remaining 15mm Naismith Greeks they had stashed away, some 300 figures in all, Greeks, Indians, Thracians, Thessalanians, elephants and bolt throwers. Almost the entire range. Wish I could find some Phalanxmen. I had some old ones I bought in the 80's but now I have more. Hurrah for me!

Brilliant! Post me some pics when you can and I'll put them on the blog. Navwar have some of the other ranges but not the ancients. I've never been a 15mm collector to any extent but do certainly appreciate the figures.

Hi, I have a considerable number of Naismith 25mm samurai, aztecs, incas and Macedonian greeks including the war dogs and elephants available. Post me a line here if you are interested.

Are they painted or unpainted? I'd love to get a copy of that Elephant. You can email me on deartonyblair@virginmedia.com

They are all as new in their original packaging. Still working on the actual numbers but there are only a few gaps where I am missing some.
I have emailed you the list of equipment codes/elephants I have for sale.

I just stumbled on this thread while looking for some of the Naismith 25mm Aztecs. I think I have enough for a good sized DBA army, but would love to get either of the litter sets as an accent piece. Does anyone have an extra? If so please contact me at David.l.crenshaw@gmail.com I'd also love a list of the codes after AZ40. I found most of them here: http://theminiaturespage.com/boards/msg.mv?id=115744, but some of the later codes are missing.

Here's a link to my blog:
http://miniatureminions.blogspot.com/